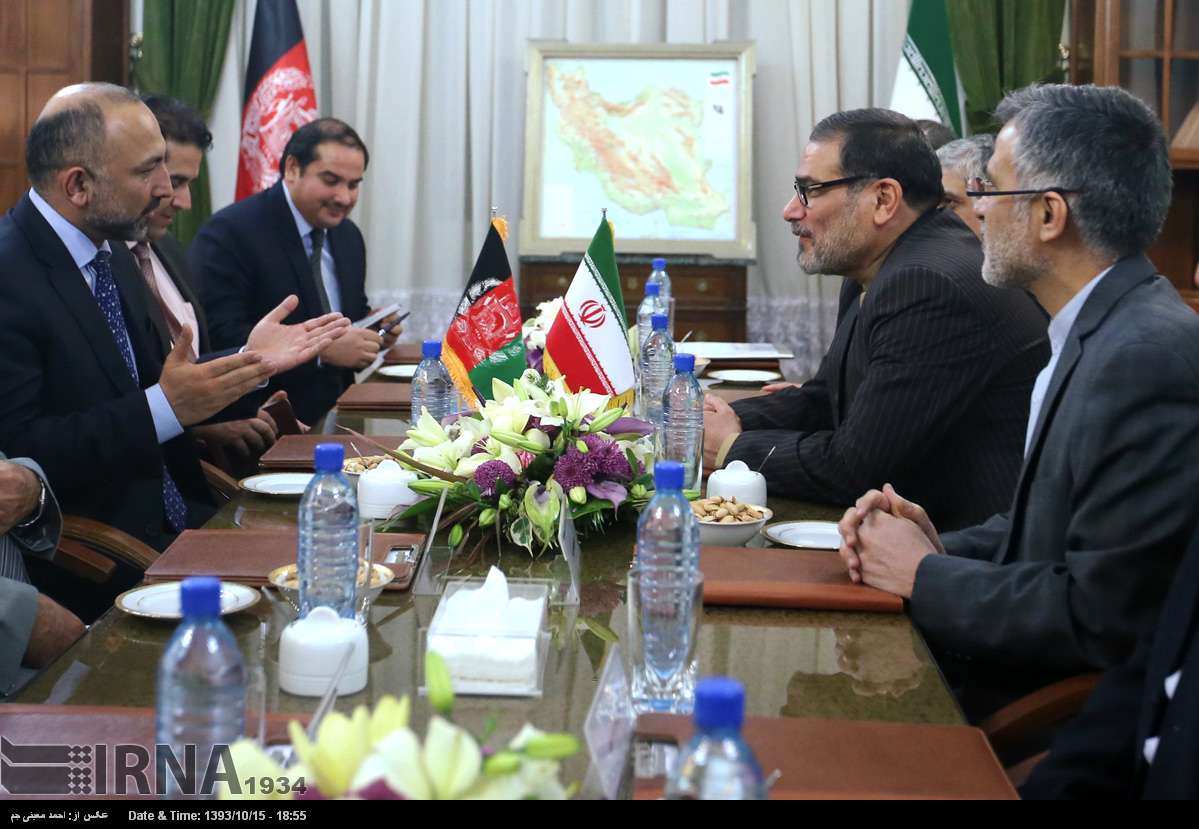 Speaking with Afghanistan President’s National Security Adviser Hanif Atmar in a second round of talks, Ali Shamkhani said that activating the specialized committees aimed at implementing the two countries’ security and defense cooperation is an inescapable necessity.

‘The worst point is that the narcotic drugs money is in turn one of the major income sources of the terrorist groups,’ added Shamkhani.

The SNSC secretary said that lack of proper attention to the need to adopt serious strategies against the terrorism, or delayed strategies in this campaign leads to the emergence of a new generation of unpredictable threats.

Hanif Atmat, too, in the meeting asked for continued cooperation to ensure border security, sustainable development, and contribution to the campaign against terrorism and narcotic drugs trafficking.

The Afghan official also ensured Shamkhani that the Kabul government does not allow any third country to use its soil against any of its neighbors, including Iran.