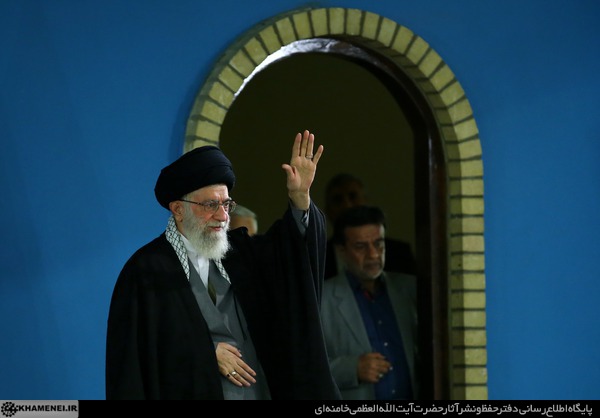 Iran not against nuclear talks: Leader

TEHRAN, Jan. 07 (MNA) – Iran’s Leader Ayatollah Khamenei addressed a gathering of people from city of Qom ahead of anniversary of January 9 uprising.

Addressing the people from Qom, Ayatollah Khamenei stated that by imposing sanctions, the enemies had created problems for the country. “What if they set conditions for lifting sanctions which are against our beliefs? There is no doubt, none of the officials would accept it,” the Leader stated and urged the nation and officials to take measures to immunize the country against sanction regimes.

“Malign minds try to distort the history of historic and influential milestones of the Islamic Revolution or make them forgotten. January 9 uprising was a significant event which enemies want it forgotten.”

Ayatollah Khamenei highlighted that the opponents of the Islamic System tried to adorn the image of wicked regime of Pahlavi and added that “the enemies sought to avert Islamic movement and to depart second and third generations from Revolution, yet the same young generation created January 9 uprising.”

Ayatollah Seyed Ali Khamenei on Wednesday received thousands of people from all walks of life from Qom on the eve of anniversary of uprisings which occurred nearly a year before victory of the Revolution on January 9, 1978. The massive demonstration came as officials from Pahlavi regime published an article in a newspaper insulting Imam Khomeini and followed the protests by religious figures and seminary schools’ students a day before that. Armed forces opened fire at the protesters and killed and injured many civilians and clerics in Qom. The event is considered as triggering victory of the revolution a year later.