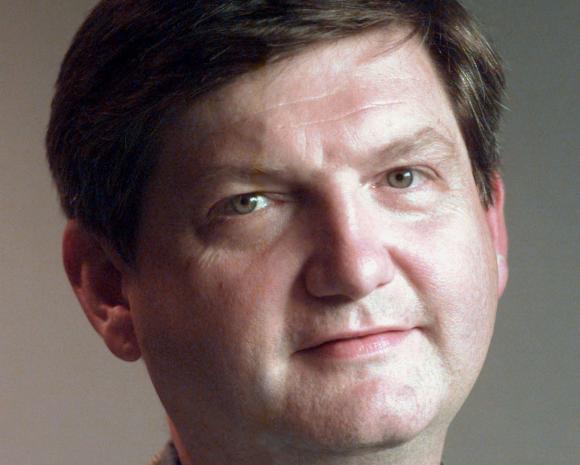 Washington reporter James Risen for the New York Times is shown in this New York Times Company photo from September 15, 1998 and released on December 16, 2014.

(Reuters) – New York Times reporter James Risen refused on Monday to answer all but a few basic questions in court about his book detailing a failed CIA effort to undermine Iran’s nuclear weapons program, in a case that has become a flashpoint for press freedom.

Risen testified in federal court in Alexandria, Virginia, as part of the U.S. government’s case against former Central Intelligence Agency officer Jeffrey Sterling, who is charged with leaking classified information to Risen.

Risen, appearing under oath on the witness stand for the first time, declined to identify what information confidential sources provided for his book, where or when he met with unnamed sources, or who had not served as a source.

The terse, and at times combative, testimony prompted a lawyer for Sterling to question whether prosecutors could even proceed with their case.

There are many unequivocal statements the government cannot prove without Risen, said Edward MacMahon, a lawyer for Sterling. Sterling was indicted on unauthorized disclosure of national defense information and other charges in 2010.

Risen sought to quash an earlier subpoena requiring him to testify, but an appeals court ruled against him and the Supreme Court last year declined to take up his case.

In mid-December, after a decision from Attorney General Eric Holder, prosecutors said they planned to limit the questions they asked Risen, and would not ask him to name any individuals who provided anonymous information for his 2006 book “State of War.”

On Monday, Risen said he did not want to provide any information to the government that it might be able to use as a “building block” to prove or disprove a “mosaic” it was trying to make. He made the comments just days before Sterling is scheduled to begin trial on Jan. 12.

The case is USA v Sterling 10-00485 in the Eastern District of Virginia.