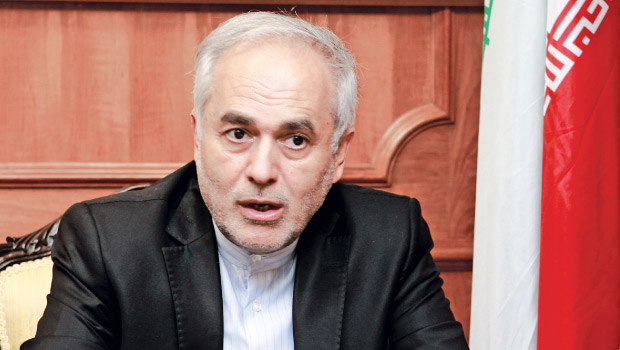 Muscat: The largest exhibition that Iran has ever held in the Gulf Cooperation Council (GCC) region will open at the Oman International Exhibition Centre in Muscat on Tuesday.

“Around 100 companies will be participating in the exhibition, and this is the first time that such an exhibition is being held with the participation of companies from all over Iran. The previous exhibits were limited to some provinces,” Iranian Ambassador Ali Akbar Sibeveih told a press conference on Monday.

Ali bin Masoud Al Sunaidy, Oman’s minister of commerce and industry, and Mohammad Reza Nematzadeh, Iran’s minister of industry, mining and trade, will attend the inauguration ceremony. The exhibition will conclude on Saturday. According to the ambassador, four models of Iranian-manufactured cars will be on display at the show along with a wide range of other products.

Iranian companies supplying foodstuff and food-related machinery, agricultural products and equipment, products and machinery used in the metal industry as well as medical and pharmaceutical equipment will be displaying their products.

The exhibition coincides with the meetings of the Oman-Iran Joint Economic Committee in Muscat, which is aimed at boosting economic relations between the two countries. The preliminary meetings of the committee had been scheduled for Monday and Tuesday and the main meeting will be held at the ministerial level on Wednesday, said Sibeveih.

The official also noted that Iran is keen to invest further in Oman and has plans to establish a smelter and a hospital in Duqm along with a number of other projects. He called for further co-operation between Iranian and Omani companies, especially in the private sector, in all areas.

Asked whether Iran plans to contribute to Oman’s railway project, the ambassador said that Iran has mastered advanced technology in the railway sector, which it is interested in sharing with the Sultanate.

The hospital complex will also include a four-star hotel for the convenience of patients and specialists, said Sibeveih at a press conference on Monday.

According to him, the 400-bed hospital will be equipped with the latest medical facilities and has the potential to become a hub for patients from Oman, other Gulf countries and beyond.

Around 400 to 500 people will be working at the hospital, a majority of whom will be Iranians, he said, adding that the facility will also create many job opportunities for Omani nationals.

Iranian doctors based in Germany, the United States and the United Kingdom will also visit the hospital on a regular basis to perform certain operations, Sibeveih added.

The construction of the complex will begin soon, Sibeveih said, noting that there will be a well-equipped training department for Omani nurses and doctors as well.