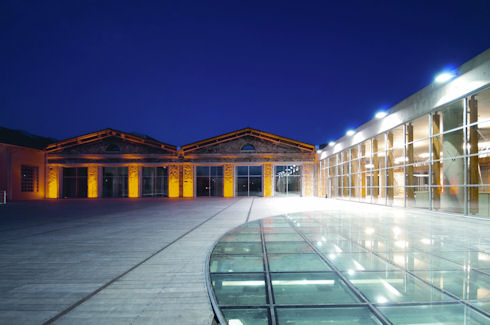 Organizer of the Picture of the Year Exhibition Seifollah Samadian announced this, adding that the gallery is one of the most prominent arts center in Turkey, allocating over 4,000sqm of space to outstanding artists to showcase their works.

Iranian filmmaker and photographer Abbas Kiarostami who has become a staple of film festivals and increasingly loved by film fans across the world will showcase his photography collections at Cer Modern arts center in Ankara, which serves as a bridge between the West and the East.

According to Samadian, selected works from the previous 11 editions of the Picture of the Year Exhibition and Tasvir Film Festival will go on display at Cer Modern gallery in 2015.

He also expressed hope to showcase in various capital cities around the world a new addition to the Picture of the Year exhibition titled Our Iran.

“With this new addition, we intend to display the true image of Iran through the lens of Iranian photographers and clear any misconceptions the West may hold about Iran,” he said.