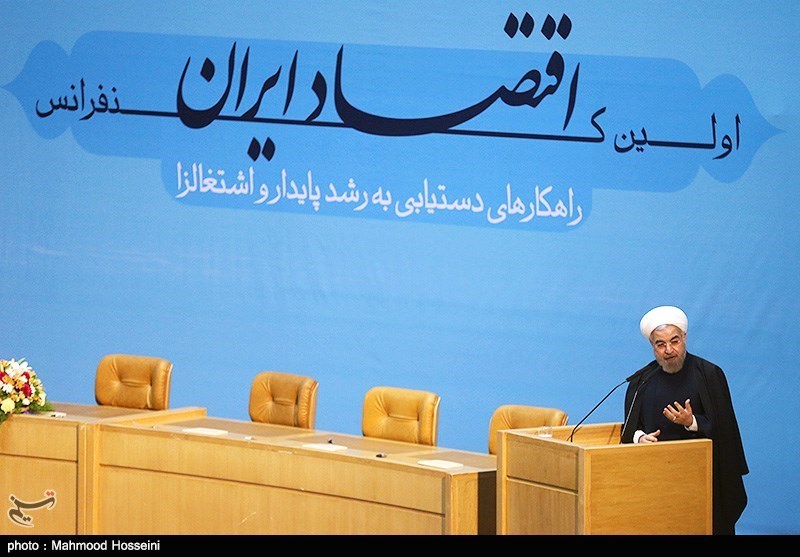 Iranian President Hassan Rouhani called international nuclear negotiations a matter of “heart” on Sunday, and said Iran needed to end its political isolation to allow its economy to grow.

Rouhani made his remarks to a conference of 1,500 economists in Tehran, Iran’s Fars news agency said. The speech, delivered before nuclear talks resume next week in Geneva, appeared to be an attempt to stave off criticism from hard-liners while demonstrating a willingness to work with international powers.

Western powers worry Iran will use nuclear energy to build weapons, while Rouhani and other officials have argued they need it for power and research.

On Sunday, Rouhani said agreeing to halt some uranium enrichment – which can create both reactor fuel and weapons – should not be construed as having “compromised our principles and cause.”

“Our cause is not linked to a centrifuge. It is connected to our heart and to our willpower,” he said, according to Fars news agency.

He added: “Our political life has shown we can’t have sustainable growth while we are isolated.”

Rouhani, who was elected in 2013 after vowing to resolve his country’s nuclear standoff with world powers and end international sanctions, also said he would like some economic reforms passed by referendum – bypassing parliament, which is dominated by conservatives.

Anti-Western hawks in the Islamic Revolutionary Guard Corps who report to Supreme Leader Ayatollah Ali Khamenei lead companies that have benefited from sanctions and have been wary of nuclear negotiations.

With Sunday’s speech, Rouhani paved the way for a nuclear deal in coming months, raising the specter of referendums to head off criticism from conservatives, said Tehran political analyst Nader Karimi Juni.

“President Rouhani is preparing public opinion and hard-liners for the deal to happen,” Juni said, sending a signal that “the number of centrifuges and enrichment levels are not red lines for Iran.”

Iranian negotiators are scheduled to meet Jan. 15 with counterparts from the U.S., Britain, China, France, Germany and Russia to decide the details of their nuclear program.

They made a one-year deal with world powers in November 2013 to freeze the nuclear program in exchange for an easing of international sanctions. Talks have been extended to June 30, although negotiators have said they hope to reach an agreement in March.

A major point of contention has been the issue Rouhani raised Sunday of enriched uranium stores. The U.S. has proposed that Tehran export a large portion of its enriched uranium, but so far, Iranian officials have balked.

The Associated Press reported this week that Iranian and U.S. officials had reached agreement on numerous points, including a plan to ship part of Iran’s uranium stockpile to Russia. But on Saturday, Iranian Foreign Ministry spokeswoman Marzieh Afkham denied that any such agreement had been reached.

“Such politically motivated media campaigns are aimed at damaging the atmosphere of the talks and complicating the settlement of the [nuclear] issue,” Afkham told Tasnim news agency.