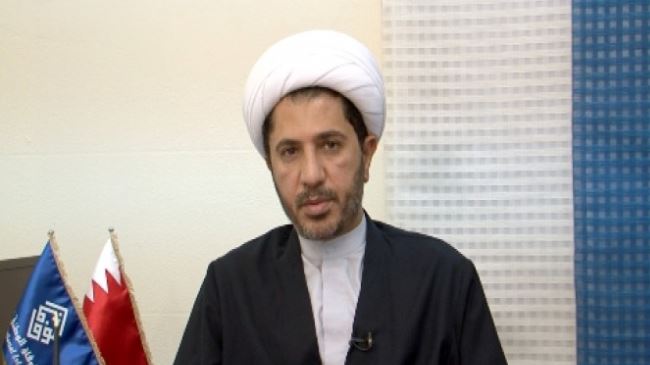 It said his detention was extended pending an investigation into charges including seeking to change “the regime by force”, AFP reported.

The December 28 arrest of Salman, who heads the influential Al-Wefaq bloc, has prompted clashes between police and protesters in the kingdom.

“The prosecution has ordered his continued detention for 15 days pending investigations,” the prosecutor said in a statement.

The UN High Commissioner for Human Rights, the European Union, the Lebanese resistance movement Hezbollah, and many other international groups and organizations have so far lashed out at the government in Manama for the illegal detention of the dissident cleric.

Iran, the United Nations and the US have also called on Manama to immediately free Salman.

Bahrain has been witnessing almost daily protests against the Al Khalifa dynasty since early 2011, when an uprising began in the kingdom. Since then, thousands of protesters have held numerous rallies in the streets of Bahrain, calling for the Al Khalifa royal family to relinquish power.