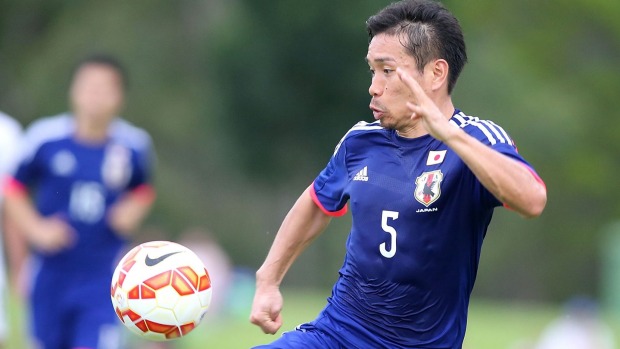 Japan coach Javier Aguirre fielded a strong side for the fixture in Newcastle with the Blue Samurai’s most capped player Yasuhito Endo opening the scoring with a deflected shot in the 33rd minute.

Striker Shinji Okazaki completed the victory over the semi-professional New Zealand outfit, who reached the semi-finals of the FIFA Club World Cup last month, with a stoppage time effort after being put through.

Japan begin the defence of their title on Jan. 12 against Palestine, with further Group D matches against Jordan and Iraq to come.

Jordan have been in woeful form since the appointment of former England captain Ray Wilkins in September, with their wait for a first victory under his guidance extended after a 1-0 loss to Bahrain in Victoria.

Iraq are also short on victories and their confidence would not have been helped by a 1-0 loss to Iran on Sunday.

The Lions of Mesopotamia fell 1-0 behind to an experimental Iranian side in the 55th minute after Russia-based striker Sardar Azmoun swiftly nipped past the defender and poked home.

The 2007 Asian champions had a fantastic opportunity to level just seven minutes later but skipper Younis Mahmoud chipped his penalty kick over the bar after a failed panenka effort.

Iran will take on Qatar, United Arab Emirates and Bahrain in an all West Asian Group C.

Elsewhere, South Korea recorded a 2-0 win over Saudi Arabia to boost their confidence ahead of Group A challenges against Kuwait, Oman and the hosts.

An own goal by Osama Hawsawi in the 68th minute set them on their way with striker Lee Jung-hyub notching in stoppage time from close range to make the game safe with a debut goal.

The Saudis were thumped 4-1 by Bahrain on Tuesday and look ill prepared ahead of Saturday’s Group B opener against China and follow up clashes with North Korea and Uzbekistan.