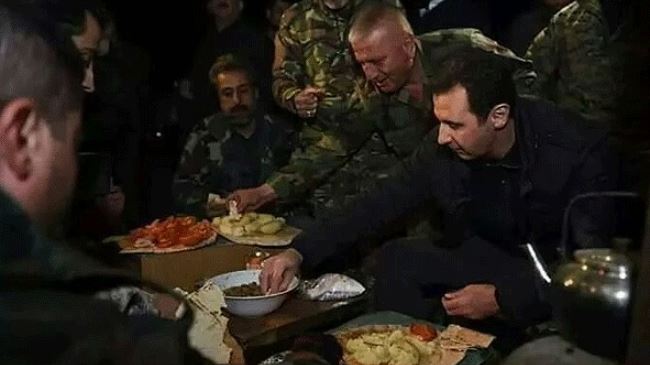 Syrian President Bashar Assad has praised army soldiers over their victories against terrorist groups operating in the Arab country.

“If there was an area of joy which remained in Syria, it is thanks to the victories that you achieved in the face of terrorism,” Assad told troops during a visit to a district on the outskirts of the capital, Damascus, on Wednesday.

Syrian media say the visit to Jobar, northeast of Damascus, took place on the occasion of the New Year.

Over the past months, Syrian soldiers have made numerous gains in the battle against the foreign-sponsored militants, inflicting heavy losses on them in several areas.

Syria has been grappling with a deadly conflict since March 2011. The violence fueled by Takfiri groups has so far claimed the lives of over 200,000 people, according to reports.

Over 7.2 million Syrians have also become internally displaced due to the ongoing Syrian crisis, says the UN.