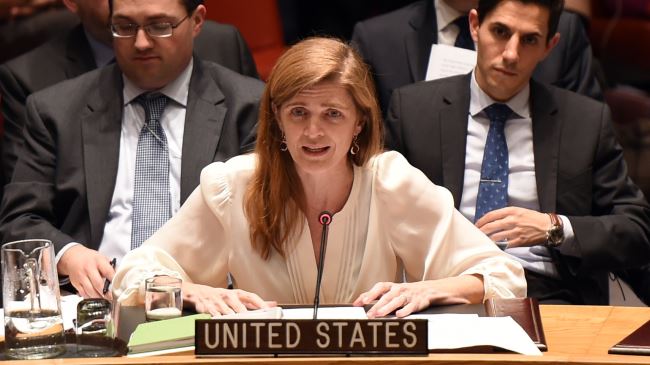 The United Nations Security Council (UNSC) has rejected a draft resolution demanding the recognition of an independent Palestinian state.

On Tuesday, the Security Council did not adopt the draft resolution, which called for the recognition of an independent Palestinian state and the termination of the Israeli occupation.

The resolution needed to secure at least nine votes to be adopted by the 15-member Security Council. However, it managed to garner only eight positive votes, as the US and Australia voted against the resolution and the UK, Rwanda, Nigeria, South Korea and Lithuania abstained.

Samantha Power, the US ambassador to the UN, referred to the resolution, which was submitted by Jordan and backed by the Arab League, as “deeply imbalanced”.

The draft resolution designated occupied East al-Quds (Jerusalem) as the capital of a future Palestinian state, addressed the issue of Palestinians in Israeli prisons and demanded the end of Israeli occupation by 2017.

Palestinian President Mahmoud Abbas had earlier warned that his administration would no longer deal with Israel if the bid failed.