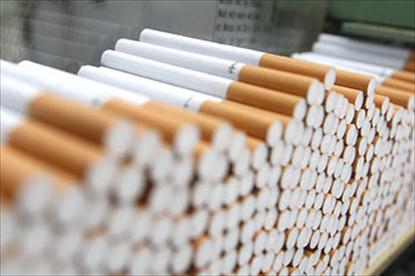 Production of 5bn cigarettes on agenda of Saqqez Tobacco Factory

Sanandaj, Kurdestan Prov., Dec 29, IRNA – Managing Director of Kurdestan Province Tobacco Company referred to a plan for development of activities in Saqqez with regard to tobacco production and said production of five billion cigarettes with five domestic and foreign brands is on the agenda.

Mohammad Aeini, speaking in a local meeting said the plan was to create job opportunities and block smuggling of the product to the country and noted that the amount of product was to meet domestic requirements as well as exports to the neighboring countries.

He said necessary preparations have been made for the production of this product in Saqqez and final measures are being taken for four foreign and one domestic brand.

The official further remarked that three production lines are under operation in Saqqez Tobacco Factory with three working shifts and through joint investment of a Turkish company and Iran Tobacco Company.

Stating that many opportunities in the field of using tobacco industry have been destroyed, he called for the revival of tobacco cultivation in Saqqez and said offering proper facilities and paying transportation fees and advanced purchasing awards are among cases which will create peace of mind for the farmers in this regard.

Meanwhile, Ali Akbar Varmaqani, Deputy Governor General of Kurdestan Province and Governor of Saqqez pointed to the low water consumption of tobacco cultivation and said farmers by using modern methods should look for saving water in the field of agriculture.

He said cultivations with more economic benefits and low water consumption are always on the agenda of the government and will cause longer presence of rural inhabitants in villages.

Also speaking in the meeting was Mohammad Pishdad, Agriculture Jihad Manager of Saqqez who referred to proper water and soil condition in the city for cultivation of tobacco and said his office is fully prepared for the improvement of tobacco cultivation.