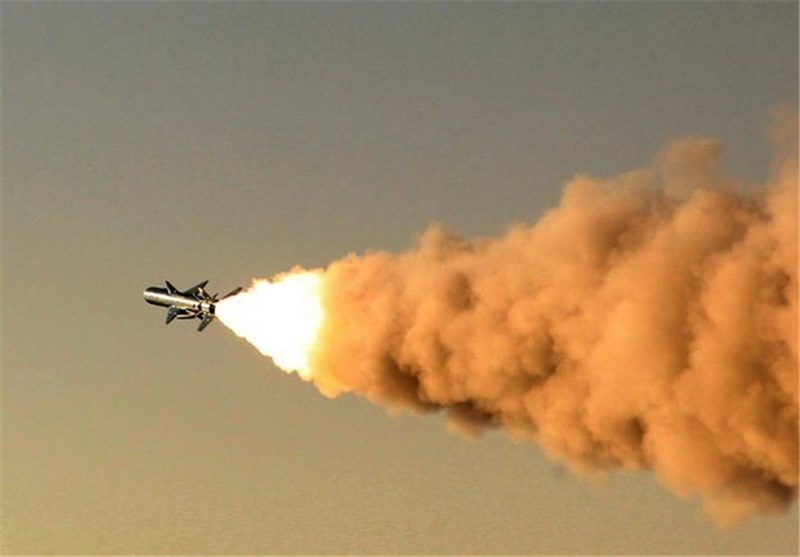 TEHRAN (Tasnim) – Large-scale military exercises in south and southeast of Iran continued for the fifth day with the launch of two cruise radar-evading missiles targeting naval targets from a coast-to-sea missile system.

The Iranian Army’s public relations department said on Monday that the Navy has launched the Nour (Light) and Nasr (Triumph) coast-to-sea missiles that had been mounted on the indigenous Velayat missile systems, stationed along the Makran coasts, located at southeastern coastal regions of the country.

With an extended effective range, the high-precision missiles are equipped with upgraded interception gear and indigenous radar-evading systems.

The Nasr is reportedly a short-range missile, which is capable of detonating targets weighing 3,000 tons.

Although it had been originally designed and mass-produced as an anti-ship cruise missile, an air-launched version of the Nasr (Victory) was mounted on Iran’s helicopters in February, 2014.

The ongoing drills, codenamed “Muhammad Rasulullah” (Muhammad, the messenger of God), began on Thursday and are expected to run until December 31.

The exercises are held at an area of 2.2 million square kilometers, stretching from the northern Indian Ocean (10 degrees latitude) to the Strait of Hormuz in the Persian Gulf and in the southern and southeastern Iranian provinces of Hormozgan and Sistan and Balouchestan.