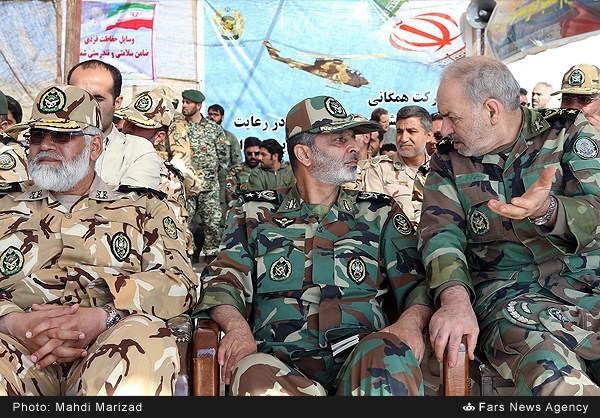 Iran has for the first time deployed “kamikaze drones” during major military exercises underway in international waters to the southern parts of the country.

“The drone can be used against aerial and land targets and attack a suspicious target upon seeing one,” he said.

The commander described the unmanned aerial vehicle (UAV) as a “mobile bomb” which is designed to plunge into targets from above.

Saturday marked the third day of the week-long drills which involve the Iranian Army’s ground, naval, and air forces and are backed by Khatam al-Anbia Air Defense Base. The exercises cover an area stretching from the east of the Strait of Hormuz to the southern parts of the Gulf of Aden.

“The exercise showed that the Army possesses high capability in securing the country’s borders,” Pourdastan said.

“Advanced tactics and new equipment were tested successfully by capable forces in this exercise,” the top commander added.