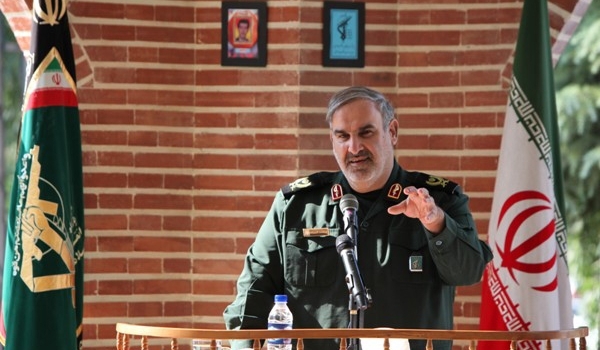 “Much of the news related to the infiltration of the ISIL into the Iranian borders, including the kidnapping of our countrymen or joining of 2,000 people to the grouplet at the borders, are only lies,” Gorjizadeh said, addressing a ceremony in Tehran on Saturday.

He underlined that the intelligence ministry is vigilantly pursuing and monitoring the developments at the borders.

“The presence of the ISIL along the Iranian borders is not true and the few moves made do not seem to be a source of concern,” General Ahmadi Moqaddam told reporters.

He noted that the plan for sealing the borders had made good progress and there was no worry about the presence of the ISIL in the border regions.

“Both Iran’s intelligence ministry and the Law Enforcement Forces are doing the needed monitoring and we are not worried about the ISIL’s penetration into border areas,” the police chief reiterated.