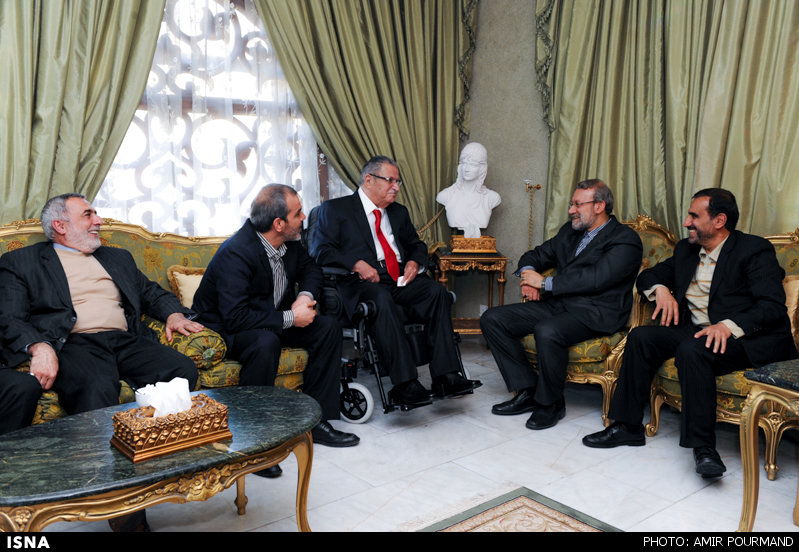 Erbil, Dec 26, IRNA – Heads of parliamentary fractions of Kurdistan Region of Iraq, in a meeting with Iran’s Majlis (parliament) Speaker Ali Larijani here on Friday, said Iran is among influential countries of the region.

Head of Democrat Party fraction of Iraq Kurdistan Region Parliament Omid Khoushnav, by evaluating Larijani’s visit to the region as ‘positive’ said that Iran is one of the important and influential countries of the region and presence of its parliament speaker here has special importance.

Head of Patriotic Union of Kurdistan fraction Begird Talabani referred to Iran’s important role in fight against terrorism and called on Iran to continue its aids for Kurdistan Region government.

Larijani arrived in Soleymanieh on Friday morning and visited former Iraqi President Jalal Talabani and then left the city for Erbil in the afternoon.

He is to meet with head of Kurdistan Region Government Masoud Barzani and to attend a dinner reception by him.

Larijani started his three-leg tour to Syria , Lebanon and Iraq last Sunday and arrived in Iraq on Tuesday morning.