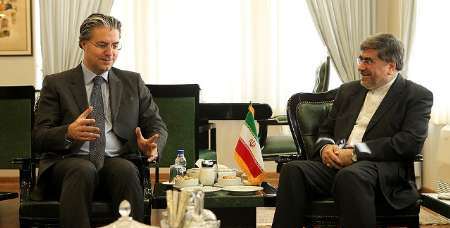 Tehran, Dec 24, IRNA – Minister of Culture and Islamic Guidance Ali Jannati has called for setting up a joint cultural commission with Turkey.

In a Monday meeting with Turkish Ambassador in Tehran Reza Hakan Tekin, Jannati said that the commission would study cultural and scientific issues between the two neighboring states.

Noting that many Persian-language books have been translated into Turkish, he pointed to the need for translating Turkish-language books into Persian.

The minister said that the two states will sign several cultural agreements next year. These agreements, he said, will cover the fields of cinema, poem, translation and holding joint cultural exhibitions.

The Turkish envoy also described Iran as “an important country and the valuable neighbor of Turkey”, saying both states have deep cultural roots.

Tekin called for the implementation of cultural agreements reached earlier between the two states.

He praised Iran’s cinema as one of the well-known cinemas of the world, and called for further cooperation between the cinemas of Iran and Turkey.