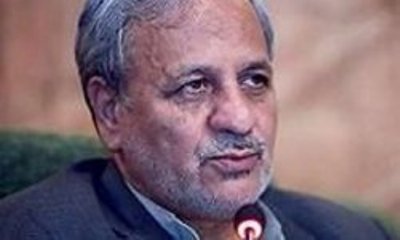 Seyed Abolfazl Razavi further remarked that it will be regretful if trade with Afghanistan – a country with many commonalities with Iran – is not made through this border market.

Meanwhile, manager of the border market presented a report on the capacity of the market and said Do-Kouhaneh border market has ample potentials for being turned into one of the major gates for export and import with Afghanistan.

Razavi paid an inspection tour of Do-Kouhaneh border market in the city of Nehbandan on Tuesday on the sideline of the presidential visit to Khorasan Jonoubi (South) Province.

On Tuesday Razavi also attended a gathering of people of Shousef, a suburb in Nehbandan, and at the mosque of the city talked to them.

During the meeting Hojatoleslam Mahmoud Nouri, the local Friday prayers leader referred to creation of jobs as a major demand of the people of the area and said mines in the region and exploitation of deep wells can be effective in employment of the people.

He also pointed to provision of fresh water and housing as well as educational environments and courses for study as other major demands of the people of Shousef from the president.