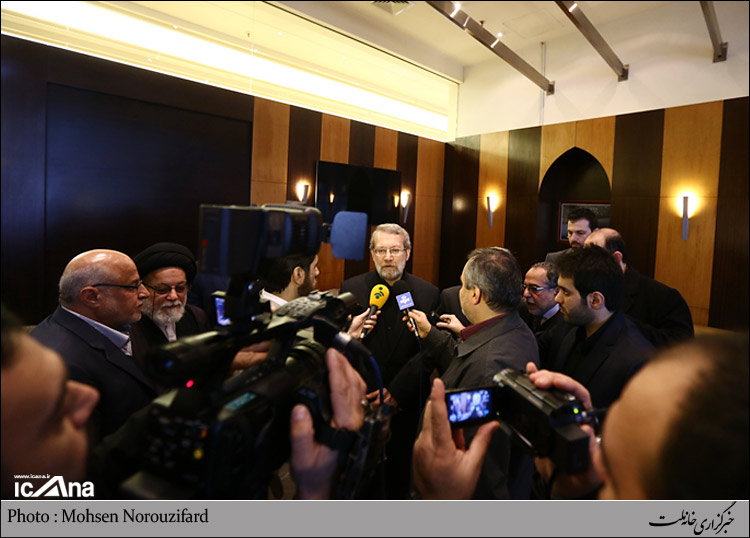 “Some counties help both the Israeli regime and terrorist groups and use them to settle regional issues,” Larijani said on Monday after he arrived in the Lebanese capital, Beirut, on the second leg of his four-day tour of regional counties.

“This is a wrong method” and must be stopped, he added, referring to the way the problems in the region are handled.

“Terrorism and security are among the most pressing issues in the region” especially in Iraq, Syria and Lebanon, Larijani said, adding that he will discuss the two issues in his meetings with Lebanese officials.

He also noted that Takfiri militants are aided by the Tel Aviv regime and some regional countries.

Larijani’s regional trip also includes a visit to Iraq which will be made after his trip to Lebanon.

Larijani told reporters before leaving Tehran for Damascus on Sunday that the issue of terrorism in the Middle East region would top the agenda of his talks in Syria, Iraq and Lebanon.

Larijani’s visits come against a backdrop of clashes between ISIL militants and Iraqi and Syrian forces.

The ISIL terrorists control some parts of Syria and Iraq. They are engaged in crimes against humanity in the areas under their control. ISIL militants have terrorized and killed people of all communities, including Shias, Sunnis, Kurds, and Christians.

Lebanon has also been suffering from terrorist attacks by al-Qaeda-linked militants and random rocket attacks, which are viewed as a spillover of the conflict in neighboring Syria.