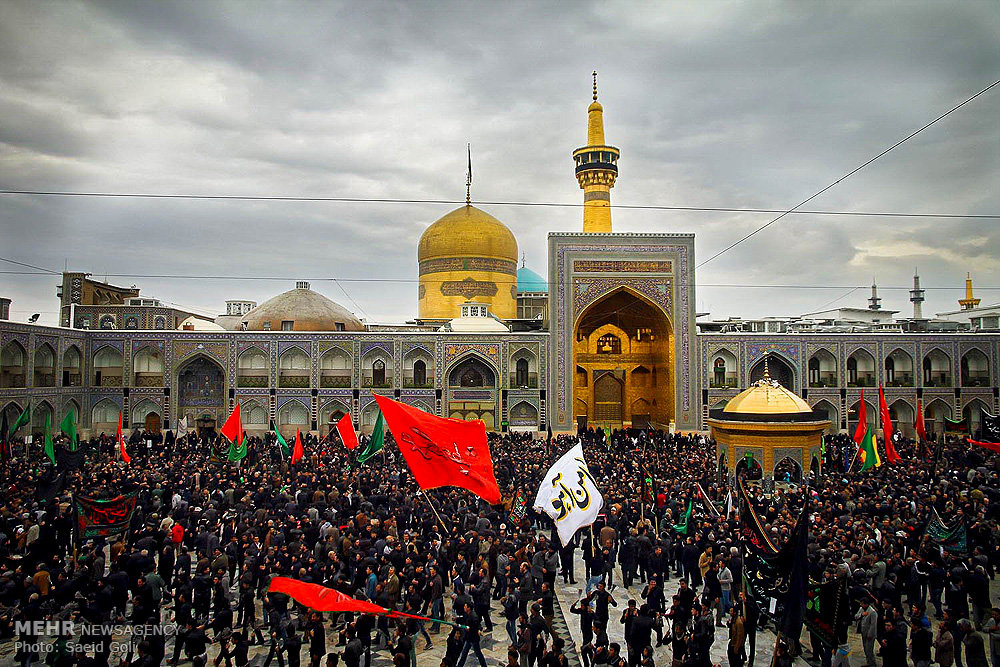 Over 2.7 million pilgrims in Mashhad to mourn martyrdom of Imam Reza (AS)

MASHHAD (Tasnim) – Pilgrims from all over Iran and other countries have converged on the holy city of Mashhad, northeastern Iran, to mourn the martyrdom anniversary of Imam Reza (AS), the 8th Shiite Imam.

Mohammad Hassan Vahedi, deputy governor general of Khorasan Razavi province, told the Tasnim News Agency that more than 2.7 million pilgrims have arrived in the city to mark the sad occasion.

Vahdei noted that over 80,000 mourners have arrived in the holy city on foot, in a show of devotion to the 8th Imam.

The pilgrims attend mourning ceremonies at Imam Reza’s (AS) holy shrine until Tuesday, which marks the Imam’s martyrdom anniversary.

Other mourning rituals will also be held elsewhere in Iran on Tuesday to mark the tragic event.

Every year, the holy shrine of Imam Reza (AS) in Mashhad attracts nearly 30 million pilgrims from Iran and other countries, especially Iraq, Bahrain, Lebanon and Pakistan.