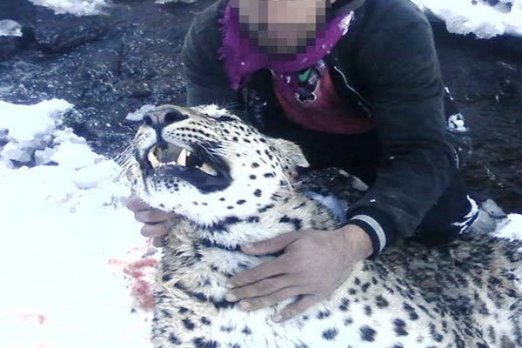 Persian leopard hunter ends up in jail; 42 months behind bars

The man who illegally hunted the Persian leopard landed up in jail for killing the big cat, damaging the environment and carrying an unlicensed weapon.

A man who killed a Persian leopard has been given 42 months in prison. Keyvan Hooshmand, the head of Iran’s Environment and Wildlife Watch, broke the news, saying that the poacher has been sent to prison after his sentence was upheld by an appeals court in the northern province of Gilan.

The following is a partial translation of his remarks on the court verdict as reported by Mehr News Agency on December 19:

The environment police identified and arrested the poacher two months after reports came out in June that a Persian leopard had been illegally hunted in the forested areas of Talesh in Gilan Province.

The offender was first sentenced to three years of imprisonment after he admitted to wrongdoing following the discovery of a leopard tale and unlicensed rifle in his residence, and to an additional six-month jail term for carrying a weapon on his person. He was also fined five million tomans [roughly $1,600] for damaging the environment, with his rifle being confiscated.

The poacher appealed the court’s decision. The appeals court in the province rejected the convict’s claims and upheld the verdict handed down by the court of first instance.