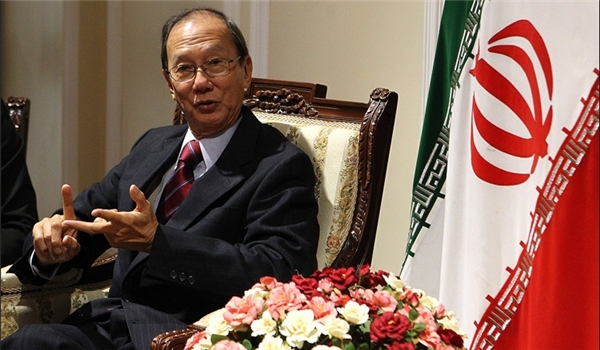 Singapore has always counted on Iran’s constructive role in fighting terrorism, Tai Soo said during the meeting in Tehran on Wednesday.

He called for the further expansion of ties, and announced that Iran-Singapore consultation meeting will soon be held at the level of deputy foreign ministers in Tehran.

Sarmadi, for his part, said that the Islamic Republic of Iran contributes to regional stability and security, adding that it has continuously made efforts in fighting extremism and terrorism.

Describing Iran as one of the most stable countries in the region, he said that Iran plays a key role in regional security and stability.

Different regional analysts and officials have on many occasions underlined Iran’s important role in fighting terrorism and establishment of stability in the region.

In relevant remarks earlier this month, Omani Foreign Minister Yusuf bin Alawi in a meeting with Iranian Deputy Foreign Minister Hossein Amir Abdollahian in Muscat appreciated Tehran for its key role in fighting terrorism and establishing security and peace in the region.

“Iran’s constructive role in the restoration of stability and security to the region is known to all countries,” the Omani foreign minister said during the meeting.