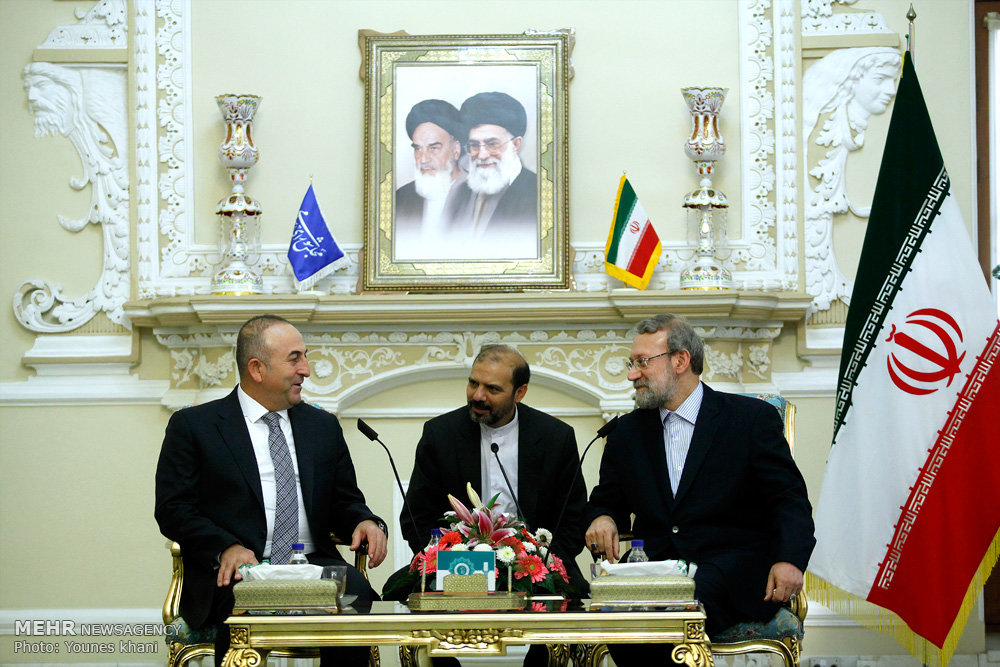 Referring to the good neighboring and religious ties between Iran and Turkey,

Ali Larijani said in a meeting with Turkey’s visiting Foreign Minister Mevlut Cavusoglu that considering the two countries’ neighborly and cultural commonalties the level of their economic and trade ties is still unacceptable.

Larijani said that plenty of capacities for cooperation between the two countries have prepared the ground so that through consultation and cooperation of the two governments’ officials a higher level of mutual relations could be in the outlook.

Referring to the developments in the region, especially the situations in Iraq and Syria, Larijani said that the expansion of insecurity and terrorism in the region without considering any analyses on its roots and its emergence have deteriorated both the security and the stability of the region.

‘And in this direction necessity for intellectual collaboration and cooperation to settle the problems are felt more than any other time in the past,’ he added.

The parliament speaker also referred to the useless coalition attacks against the Daesh and said that the intellectual collaboration and convergence of countries of the region can be more effective in solving the emerged problems and prevention of terrorism and radicalism’s further growth a lot better than the interference of the western powers.

The Turkish foreign minister, too, for his part referred to the Turkish government and parliament’s desire to expand ties with Iran and said that constant consultations between the two countries’ officials are sign of the Iranian and Turkish leaders’ attention to that direction.

Cavusoglu meanwhile confirmed that the coalition’s fight against the ISIS under the leadership of the USA, including their aerial attacks, are not enough all alone in the fight against the terrorist groups and cooperation of all governments of the region is the only the way to surpass the existing problems created by the Daesh.

Teh Turkish parliament speaker also invited Larijani to have an official visit of Turkey in the near future.