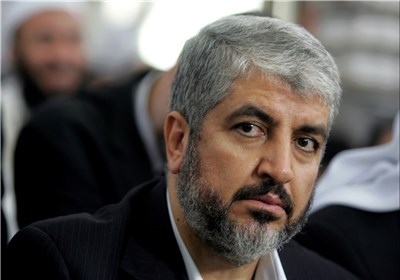 Tehran, Dec 18, IRNA – Leader of the Palestinian Islamic Resistance Movement Hamas Khaled Mashal on Thursday welcomed the decision made by the General Court of the European Union on removing the Palestinian organization from EU’s terror list.

Mashal referred to the EU decision as a step in the right direction and a means of making right a position that was wrong, the Middle East Monitor reported.

He added the past position was not based on objective facts and was in violation of and contradictory to the international law as well as legal and humanitarian norms that guarantee the right of nations to resist occupation.

‘It would be in the European Union’s best interest to align itself with international law and with legal and humanitarian norms and to refrain from violating these laws under the misguided pressure of Israel and its exploitation of the international community,’ Mashal stressed.

The EU second highest court ordered on December 17 that Hamas should be taken off from the bloc’s terror list after 13 years.

The EU General Court admitted that it had made a historic mistake when it put the Palestinian organization in its list of the terrorist organizations in 2001.

Putting Hamas in the EU list of terrorist organization was not based on an examination of Hamas acts but on imputations derived from the media and the Internet, said the EU court.

The discrimination against Hamas was the reason for refusal of the EU member states to contact Hamas which formed democratically-elected government in Gaza.

The decision on removing Hamas from EU blacklist has raged the Zionist regime that described the move as a heavy political strike.

So far, Tel Aviv regime used to introduce Hamas as a terrorist organization demanding the Western governments to follow suit.

Public opinion in Western countries has moved against the heinous crimes perpetrated by the Israeli occupying regime against the Palestinian children, women and the elderly.