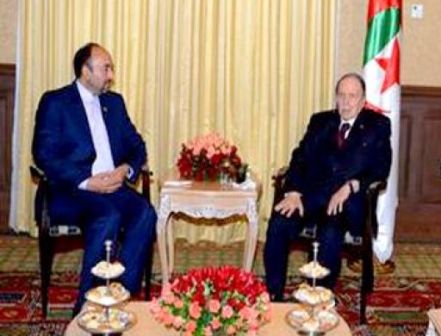 Algerian president calls for expansion of ties with Iran

President Bouteflika made the remarks while receiving credentials of Iran’s new Ambassador to Algiers Reza Ameri in a meeting which was held in the Algerian capital.

He further underscored that the terrorist and extremist groups are attempting to tarnish the true image of Islam and Muslims worldwide.