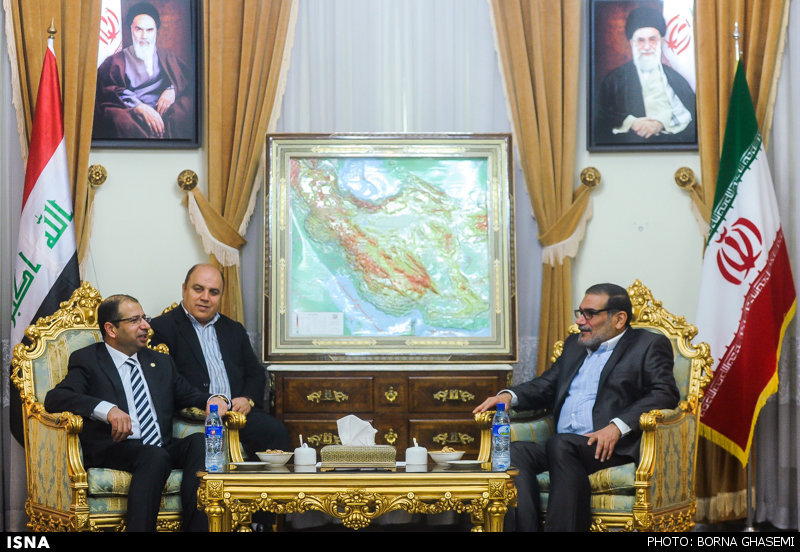 Presence of terrorists in Iraqi soil is a trick by enemies of the country to confront the nation’s demand and will and create security for Zionist regime, Shamkhani said in a meeting with Iraqi Parliament Speaker Salim Abdullah al-Jabouri here in Tehran.

He also noted that treatment of ISIL and al-Nusra wounded members in Israeli hospitals clearly shows link between terrorism and Israel and is apparent violation of the UN Security Council resolutions.

Shamkhani also referred to failure of the so-called coalition against terrorism, and said this security problem in the region and world needs good will and putting aside tribal and political goals.

Al-Jabouri his part, said, “Iran is playing a significant role in the democratic process and establishment of security and stability in the region. We are trying to increase meaningful contacts with Iran to promote regional stability and Iraqi economic development.”

He also called ISIL a threat targeting all sides, and said, “The danger has to be removed by regional participation and it is the responsibility of all religions and tribes.”