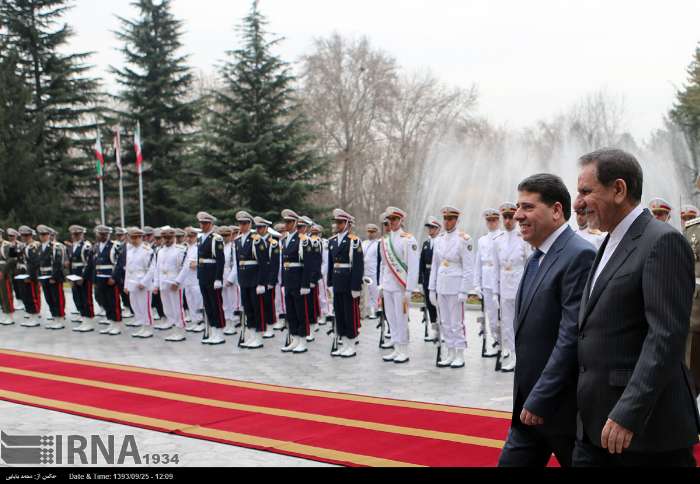 “Iran has become a major player not only at the regional level but also in the international arena,” Halqi said during a meeting with Iran’s First Vice President Eshaq Jahangiri in Tehran on Tuesday.

Commenting on Syria’s recent victories over terrorist groups, he said that the Syrian army has recently achieved many victories and managed to improve security in the country.

“If the all-out supports from Iran did not exist, the victories would not have been achieved,” Halqi said.

As regards bilateral relations between Iran and Syria, he said that the ties are growing day by day in light of efforts made by the two countries’ officials.

He also described the war on Syria as “a political, security and media conspiracy,” and said the US-led plots against Damascus have recently intensified.

Halqi stated that the latest Israeli air raids on Syria was the latest example of the said plots.

Eelier this month, the Syrian military said in a statement that Israel has carried out two air strikes near the capital Damascus.

Israeli planes bombed the area near Damascus international airport and the town of Dimas, the Syrian army said.