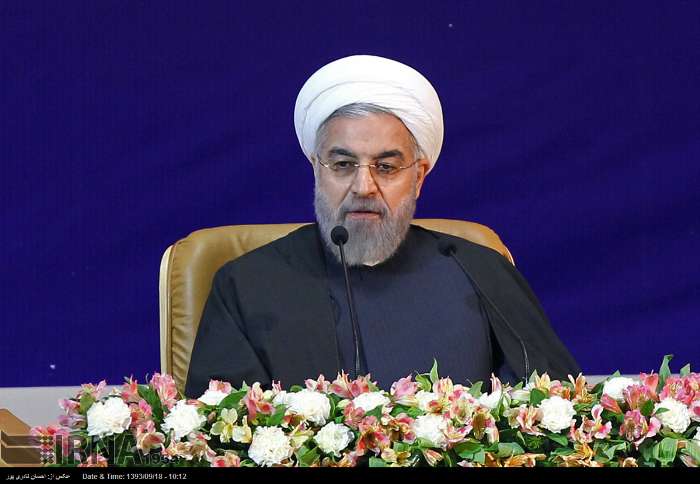 “The Islamic Republic of Iran expresses its readiness for cooperation with Pakistani government to fight extremism and terrorism,” Rouhani said in a message to Sharif.

“I extend condolences to you, the brotherly state and nation of Pakistan over the tragic terrorist attack against students in Peshawar which led to martyrdom of a large number of innocent citizens.”

He also reiterated that battling extremism and violence needs serious will of the international community and all regional countries.

The death toll from a militant attack on an army-run school in Pakistan’s northwestern province of Khyber Pakhtunkhwa has risen to around 140, and 122 others were injured.

The incident occurred on Tuesday when a group of pro-Taliban militants wearing military uniforms stormed the school in the city of Peshawar.

“The attack started with the gunmen entering the school in the morning hours and shooting at random,” said police officer Javed Khan.

There was also a huge blast inside the building. Hundreds of students and staff were present at the school when the attack began.

The Tehreek-e-Taliban Pakistan (TTP) claimed responsibility for the attack, saying it was revenge for the army’s continuing operation against militants in the North Waziristan tribal area which borders Afghanistan.

The Pakistani army runs 146 schools nationwide for the children of military personnel and civilians.