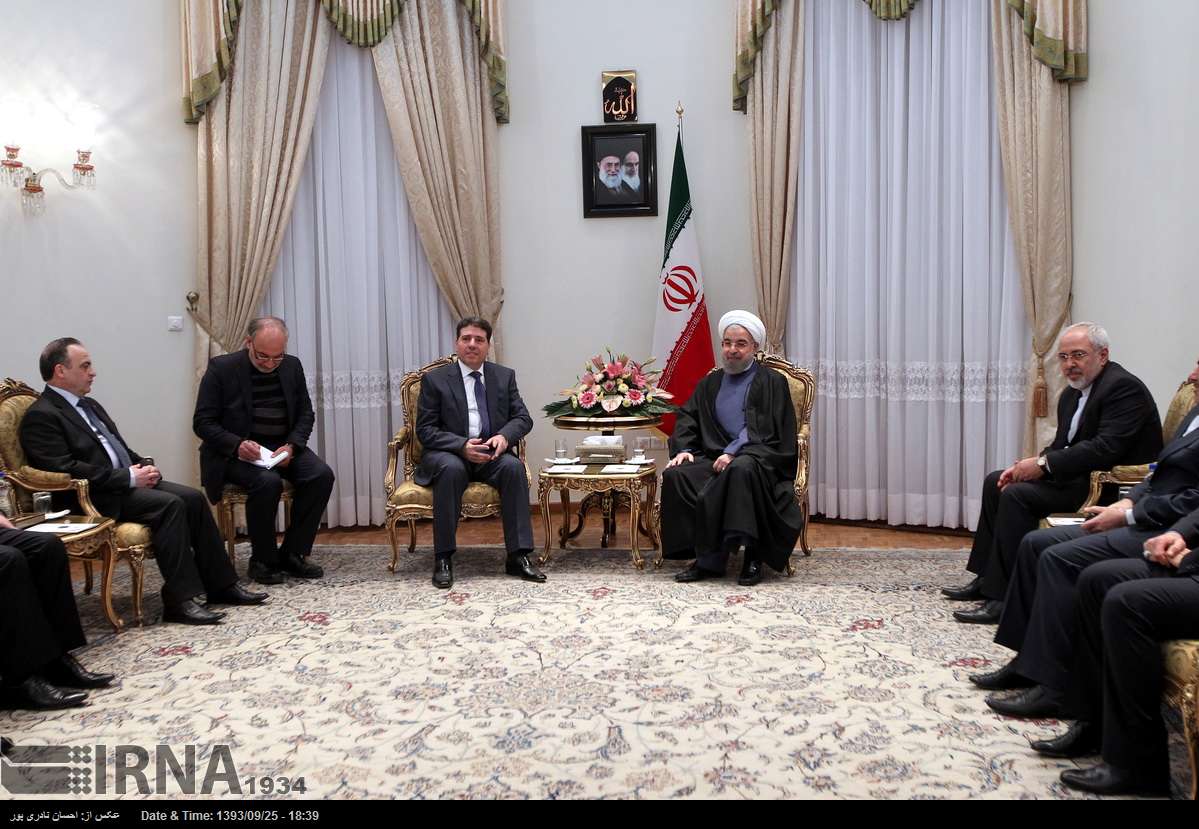 Rouhani made the remarks on Tuesday evening in a meeting with the visiting Syrian prime minister, Wael al-Halqi.

“The resistance shown by the Syrian army and nation against terrorism taught a lesson to those who are against anti-Israel resistance front, the Syrian independence and the country’s national sovereignty that (foreign) financial and military aids cannot break the resistance front or topple a legitimate government,” Iran’s president reiterated.

Rouhani further noted that today the world’s public opinion has realized the fact that the Syrian army and people are involved in an outright war against terrorist groups and foreign plots.

Syria has been gripped by civil war since March 2011 with ISIL Takfiri terrorists currently controlling parts of it, mostly in the east.