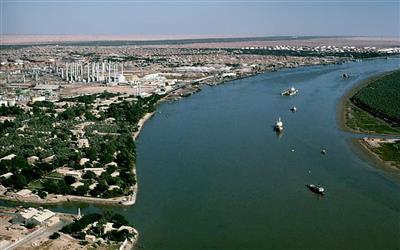 Tehran, Dec 16, IRNA – Chairman of Qeshm Free Zone Ali Akbar Shabani Fard said based on macro planning of the High Council of Free Zones the zones are taking steps in the direction of export development.

Speaking at a session for signing a memorandum of understanding between Qeshm Free Zone and National Standard Organization, Shabani Fard added that this interaction is aimed at approval of the quality of commodities produced in free zones as well as imported goods.

He further remarked that free zones instead of importing commodities should be turned into places for export of goods adding that the plan is being formulated with the secretary of the Free and Special Trade Zones High Council.

He pointed to the measures taken in the field of health and safety in Qeshm and noted that his organization is determined to cooperate with the National Standard Organization and the Department of Environment.

The official said that standard apparatuses in accordance with advanced technology of the world have been imported to Qeshm Free Zone and contracts have been signed with eight medical sciences universities to promote public health.

Meanwhile, Managing Director of Kish Free Zone Ali Asghar Mounesan who was also present in the session said free zones in line with their defined missions have made good planning during the past year.

He said earlier his zone has signed a memorandum of understanding with the National Standard Organization for facilitation of trade based on which tradesmen can easily make business in Kish.

Kish Free Zone, he added, has launched its plans in the hardware and infrastructural fields the most important of which are dredging of the 12-thousand-ton jetty and establishment of 35-thousand-ton dock with the possibility of receiving giant ships.

According o Mounesan, establishment of the new jetty in Kish will cause increase in cooperation with Bandar Shahid Rajaei in import of goods and port services.

Meanwhile, Chairman of the National Standard Organization Nayyereh Pirouzbakht said satisfactory cooperation of free zones with her organization has resulted in the operation of all cases pinpointed by the organization.

She said one of the main targets of the National Standard Organization is cooperation with other organizations and relevant institutions with which her organization can have common activities.

Pirouzbakht noted that the organization had signed memoranda of understanding with Qeshm and Kish Free Zones two years ago but with regard to the policies of the 11th government concerning free zones it was decided to make a revision in the agreements for further productivity.