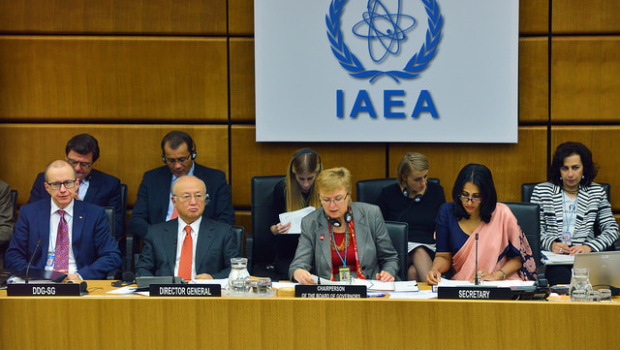 On December 11, the spokesman for the International Atomic Energy Agency (IAEA) confirmed that his agency was, as Gareth Porter asserted on this website earlier this month, not interested in accepting a recent invitation by Iran to visit Marivan, at least at this time.

The spokesman, Serge Gas, reportedly told Reuters in an email that the agency had “explained clearly to Iran—on more than one occasion—that an offer of a visit of Marivan does not help address specific concerns related to the issue of large-scale high explosive experiments.” No further elaboration was made in the email, according to Reuters.

As someone who has worked at a senior level for the IAEA and who has respect for its mission and its dedicated personnel, I found this statement—and the decision not to accept Iran’s invitation—disappointing and worrisome. In its 2011 special report on weaponization in Iran that was leaked to the Washington-based Institute for Science and International Security (ISIS), among others, the IAEA asserted that it had received generally consistent “information” that “large scale high explosive experiments” for nuclear-weapon development had been carried out “in the region of Marivan” (paragraph 43 of the Annex). The information, which appeared in more than 1,000 pages of documents (paragraph 12), cited hemispherical explosive configuration, fiber optic sensors, and streak cameras, among many other details. Indeed, the IAEA’s description of the experiments allegedly carried out at Marivan was some of the most detailed in the weaponization annex.

The report said the source for this information was an unnamed “Member State” and that more than ten other Member States provided supplementary information (paragraph 13)—including “procurement information, information on international travel by individuals said to have been involved in the alleged activities, financial records, documents reflecting health and safety arrangements, and other documents demonstrating manufacturing techniques for certain high explosive components”—that “reinforces and tends to corroborate the information.”

The report about the large high-explosive experiments involving hemispherical charges at Marivan constitutes a very serious allegation because, if the hydrodynamic experiments were actually conducted using uranium (which is not mentioned in the report), they would constitute not only a violation of the IAEA’s safeguards agreement with Iran, but also a “smoking gun” pointing to the existence of a nuclear weapons program. And while such experiments carried out without uranium would not constitute a safeguards violation, they would unquestionably also support critics’ claims that Iran was indeed developing nuclear weapons.

The IAEA report and its annex have never been published by the Agency. In fact, a search for “Marivan” on the IAEA website turns up nothing. Nonetheless, no one has questioned the authenticity of the leaked version of the report that includes the paragraph referencing “the region of Marivan.” Since then, the story has been picked up by think tanks, NGOs, and media reports all of which breathlessly describe the alleged experiments but fail to mention their allegedly having taken place in Marivan.

As Porter reported, Iran’s Permanent Representative to the IAEA, Reza Najafi, informed the agency’s Board of Governors on November 21 that Iran was ready to give the IAEA “one managed access” to the Marivan region to verify the information included in the Annex. But the IAEA has now rejected the invitation. As noted by Reuters, “…the IAEA’s main priority for its long-stalled investigation into Iran’s nuclear program has been to go to another location, the Parchin military base [sic] southeast of Tehran, where the Vienna-based agency says other nuclear-related explosives tests may have been conducted, perhaps a decade ago.”

I addressed at some length in a previous post the many reasons why I find it quite improbable that the building that the IAEA has asked to visit at Parchin (which is actually not a base at all, but rather a sprawling complex of military factories) would be the site of sensitive nuclear weapons-related testing. Moreover, it bears noting that the alleged Marivan tests cited in the IAEA’s report are of too great a magnitude to be conducted at the Parchin site, which was purportedly designed to combine uranium and high explosives in much smaller experiments. The IAEA’s insistence to visit Parchin under the circumstances is puzzling, to say the least.

Marivan is important. In fact, it is the litmus test for the credibility of the IAEA’s 2011 report. If the IAEA claims detailed knowledge of a test and its location, it is critical that it work with Iran to verify that information. If, however, the information turns out to be false, irrelevant, inactionable or beyond the scope of IAEA’s expertise, then the agency should either withdraw its 2011 “Weaponization Annex” or issue a revised report after a thorough vetting of the rest of its contents. As noted above, the large-scale high explosive experiments are the most detailed claim in the agency’s weaponization report. That claim needs to be investigated and resolved, and the IAEA’s reluctance to do so is deeply disturbing.

Marivan is also important because if, indeed, the report was based on false information, it further weakens the already-thin case for visiting Parchin, which, in my view, constitutes a quixotic quest that threatens to derail far more important talks and agreements involving Iran’s nuclear materials The Agency’s strong suit has always been tracing and accurately reporting the quantities of nuclear materials of Member States, and it should focus on that mandate as a priority.

This article was written by Robert Kelley for Lobe Log on DEC. 15, 2014. Bob Kelley is a professional nuclear engineer licensed in California. He spent the early years of his career in the nuclear weapons program of the US on topics such as plutonium metallurgy, vulnerability of nuclear warheads and warhead engineering.