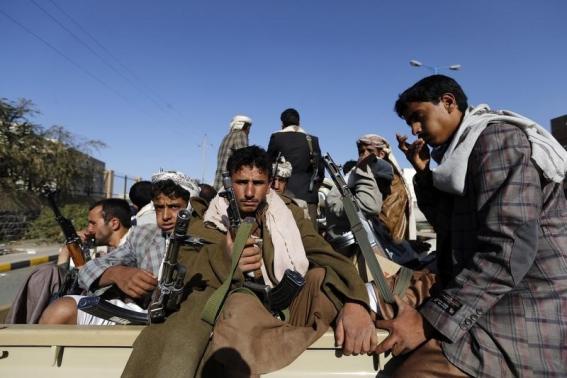 (Reuters) – Iran has supplied weapons, money and training to the Shi’ite Houthi militia that seized Yemen’s capital in September, as Tehran steps up its regional power struggle with Saudi Arabia, Yemeni and Iranian officials say.

Exactly how much support Iran has given the Houthis, who share a Shi’ite ideology, has never been clear. Sunni countries in the Gulf accuse Iran of interference via Shi’ite proxies in the region, something Tehran denies.

But Reuters has details — from Yemeni, Western and Iranian sources — of Iranian military and financial support to the Houthis before and after their takeover of Sanaa on Sept. 21.

A senior Houthi official denied there had been material and financial support. But the assertions are still likely to reinforce Saudi, and Western, fears that Iran is exploiting turmoil between Sunni and Shi’ite Muslims in Iraq, Syria, Lebanon, Bahrain and now Yemen.

Riyadh has suspended aid to Yemen, angered by the Houthis’ growing power, while Iran publicly welcomed the Houthi victory.

A senior Yemeni security official said Iran had steadily supported the Houthis, who have fought the central government since 2004 from their northern stronghold of Saadah.

“Before the entrance into Sanaa, Iran started sending weapons here and gave a lot of support with money via visits abroad,” the official, who declined to be named due to the sensitivity of the issue, told Reuters.

A second senior Yemeni security official said “weapons are still coming in by sea and there’s money coming in through transfers”.

Iran, the first official said, saw victory would be swift in Yemen, unlike in Iraq and Syria, and “with not too much expense”.

A Western source familiar with Yemen also said the Houthis had been getting training and money.

“It’s been happening for over a year. We’ve seen Houthis going out to Iran and Lebanon for military training.”

“We think there is cash, some of which is channeled via Hezbollah and sacks of cash arriving at the airport. The numbers of those going for training are enough for us to worry about,” the source said. The first Yemeni security official said Houthi fighters had received training by Hezbollah in Lebanon.

A senior Iranian official told Reuters that the Quds Force, the external arm of the Revolutionary Guard, had a “few hundred” military personnel in Yemen who train Houthi fighters.

He said about 100 Houthis had traveled to Iran this year for training at a Revolutionary Guards base near the city of Qom. It was not immediately possible to verify this claim.

The official said there were a dozen Iranian military advisers in Yemen, and the pace of money and arms getting to the Houthis had increased since their seizure of Sanaa.

“Everything is about the balance of power in the region. Iran wants a powerful Shi’ite presence in the region that is why it has got involved in Yemen as well,” said the Iranian official.

Salah al-Sammad, a senior Houthi adviser to the Yemeni president, denied Iran had provided arms but said Iranian backing was part of a shared vision in “confronting the American project”.

For its part, Saudi Arabia provided “blatant” support to allied tribal sheikhs and parties in Yemen, he said.

Yemeni authorities point to the “Jihan 1” as evidence of Iran’s support. The ship was seized by Yemen in 2013, smuggling weapons from Iran to local insurgents.

A few days after the Sanaa takeover, Houthi gunmen surrounded the National Security headquarters calling for the release from jail of eight Yemeni crew members.

They were freed, as were two suspected Hezbollah members jailed for planning to provide military training to the Houthis.

Iran denied any connection with the arms found on Jihan 1.

Sanaa residents still can’t understand how the Houthis managed to take control of their city.

Although the Houthis started as a small movement in north Yemen, they gained strength by tapping into the grievances of Zaydi Shi’ites, about a third of Yemen’s population.

Their march to Sanaa was led by fighters who exploited popular discontent over corruption and the removal of fuel subsidies. They also exploited divisions within the army, which largely melted away at the decisive moment.

“Most of the fighting is done by local people supported by people from the Houthis,” a Houthi fighter told Reuters.

With the Houthis now in control of the capital, the airport and most of the port of Hodeidah, there are fears of more overt support from Tehran.