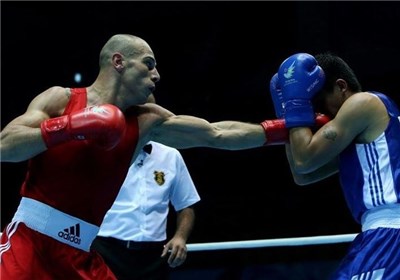 TEHRAN (Tasnim) – Ehsan Rouzbahani from Iran booked a place in the final match of the AIBA Pro-Boxing competition (APB) on Friday night.

The Iranian 81kg Boxer defeated Mathieu Bauderlique from France and advanced to the final.

Rouzbahani had already defeated his Uzbekistal rival and lost to Russian boxer.

The Defending Champion and Challenger in the title fights in each weight category will qualify automatically to compete in the Rio 2016 Olympic Games.