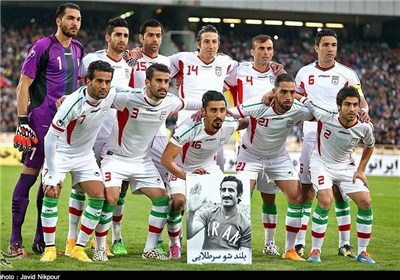 TEHRAN (Tasnim) – The Iranian national football team flew to South Africa early Sunday to hold a preparatory camp in the country ahead of the 2015 AFC Asian Cup.

The members of the Iranian football team traveled to South Africa from Imam Khomeini International Airport this morning.

Iran will play several friendly matches against Tanzania, Guatemala and South Africa in the camp.

Team Melli is preparing itself for the 2015 AFC Asian Cup, which will be held in Australia from January 9 to 31.

Iran has been pitted against the United Arab Emirates (UAE), Qatar and Bahrain in Group C of the tournament.