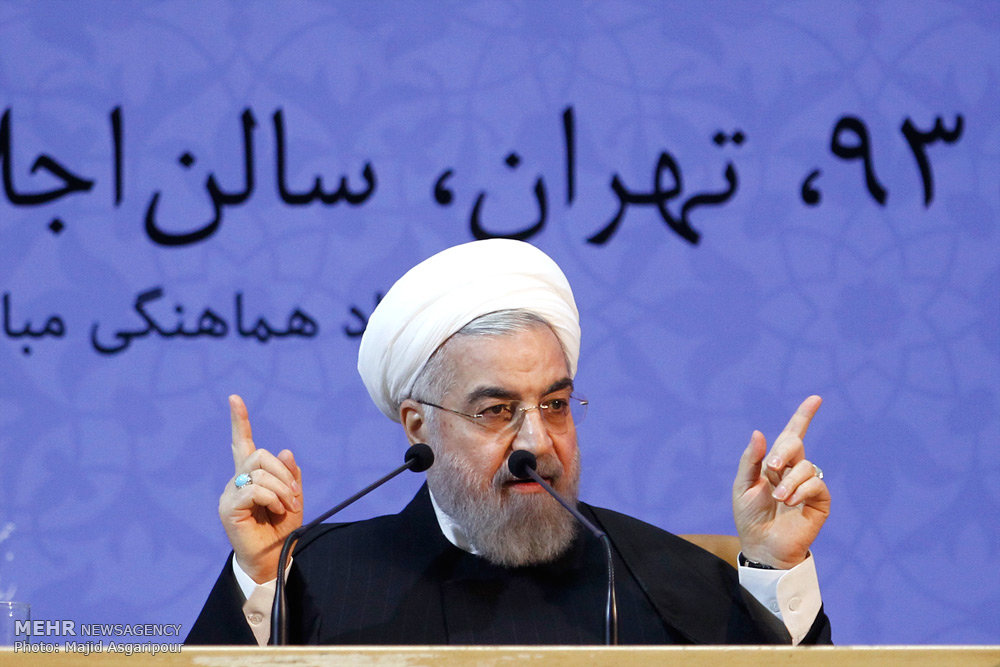 Iran’s regime hardliners continued their attack on President Rouhani on Saturday, targeting his remarks about “corruption” and the Revolutionary Guards.

At a conference on corruption earlier this week, the President warned that money once “given under the table now is being given on the table“. He called for the “elimination” of monopolies: “Anything which does not have rivalry or whose management is monopolised is flawed. This is wrong and the problem has to be uprooted.”

On the surface, those remarks were not controversial, given that Iran has been shaken over the last three years by scandals which include a $2.6 billion bank embezzlement and the conviction of President Ahmadinejad’s officials such as 1st Vice President Mohammad Reza Rahimi in fraud cases. The Supreme Leader also spoke at the conference and called on all regime officials to be responsible and vigilant.

However, the President was far more provocative when he said that “when weapons, wealth, and media are in control of a single institution, an inevitable result would be corruption”.

The comment was taken as a jibe against the elite Revolutionary Guards, who have expanded their involvement in Iran’s economic institutions and companies.

An EA correspondent said, “I believe that soon we will witness attacks on Rouhani and his Government from Sepah and their allies.”

The fightback against Rouhani began in the Tehran Friday Prayer, when Ayatollah Ahmad Khatami sniped, “Corruption will not be eradicated by just holding conferences.”

And on Saturday, the critics began a direct assault. The head of the Basij militia, Mohammad Reza Naqdi,challenged Rouhani:

Unlike what some politicians say, the Basij and Revolutionary Guard need to be present on all grounds including the “defensive economy”. It is only this way that corruption can be eradicated.

MP Mohsen Sarami Foroushani taunted, “Fighting corruption has to start from the President’s office”. He claimed that Rouhani was increasing the Government budget for 2015/16 so he could use the funds for his agenda in the next Presidential election.

Rouhani’s senior advisor Mohammad-Baqer Nobakht responded, “If we wanted to do any work for our election campaign, we know how to do things and we don’t need to do these things [using the Government budget].”