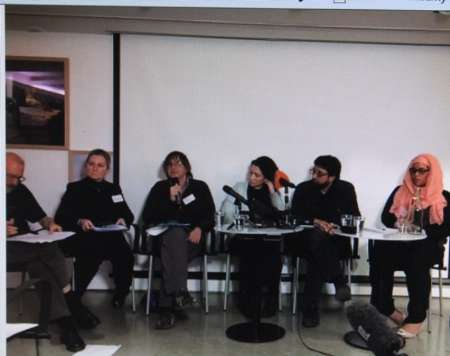 Concerns over Islamophobia discussed in conference in London

London, Dec 13, IRNA – A group of researchers and civil activists in a conference here on Saturday expressed concern over increasing Islamophobia and its consequences in British Muslim community.

Participants in the conference discussed educational structures, political activities, type of British media function as well as new mechanisms of the government in fighting against terrorism and expounded on their roles in expanding Islamophobia.

The conference was organized by British Islamic Human Rights Commission (IHRC) with the support of a number of research institutes of the country.

Increasing Islamophobia in England has caused discrimination in the fields of employment, education, and social activities for the Muslims, the participants said.

According to researches done by the British researchers, job opportunity for Muslims in the country has reached its lowest level, which indicates job discrimination for them compared with other religious minorities.

Two professors from Bristol University, by analyzing published statistics of Britain’s National Statistics Institute, said that Muslims compared with followers of other 14 religions in Britain are facing with more discrimination in their jobs.

In an equal working situation, possibility of employment of Muslim men compared with Christians is 76 percent less and the figure about Muslim women is 65 percent.

One of the professors said if this trend continues, Muslim specialists will lose their interest in cooperation with the British society.