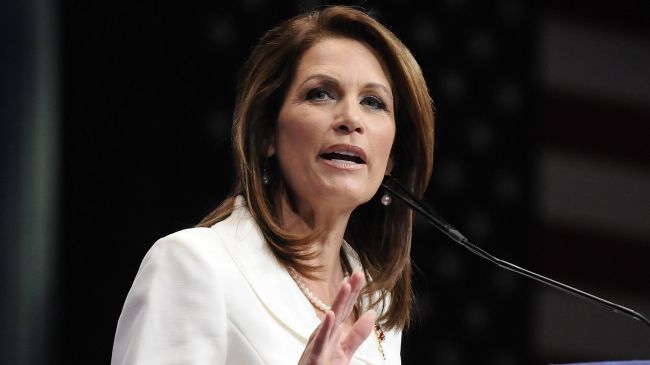 Obama laughs at Bachmann over request to bomb Iran

US Republican Congresswoman Michele Bachmann says she told President Barack Obama this week that he must bomb Iran, but the president laughed at her.

Bachmann, who is retiring from Congress at the end of this year, said in an interview published on Thursday afternoon that she confronted Obama at the White House Christmas party on Monday.

“I turned to the president and I said, something to the effect of, ‘Mr. President, you need to bomb the Iranian nuclear facilities, because if you don’t, Iran will have a nuclear weapon on your watch, and the course of world history will change,’” the Tea Party firebrand told the Washington Free Beacon, a conservative online newspaper.

“And he got his condescending smile on his face and laughed at me and said, ‘Well, Michele, it’s just not that easy,’” she added.

“And I said to him, ‘No, Mr. President, you’re the president, it will happen on your watch, and you’ll have to answer to the world for this.’ And that was it and then I left. Merry Christmas,” she continued.

According to the Washington Free Beacon, Bachmann knew the White House Christmas party for members of Congress probably would be her last chance to try to lobby Obama to bomb Iran, and she did not waste the opportunity, despite the objections of her family members, who did not want to be embarrassed.

Israeli officials and some pro-Zionist lawmakers on Capitol Hill have urged Obama to attack Iran over its nuclear program; however, the president has ignored their calls.

Iran rejects the allegations that it is seeking to develop nuclear weapons. Tehran says it needs the nuclear program for peaceful purposes, including generating electricity and producing radio-isotopes for medical purposes.

Iran and the six powers – Russia, China, Britain, France, the US and Germany — are working to reach a final accord aimed at putting an end to the longstanding dispute over Tehran’s nuclear issue.