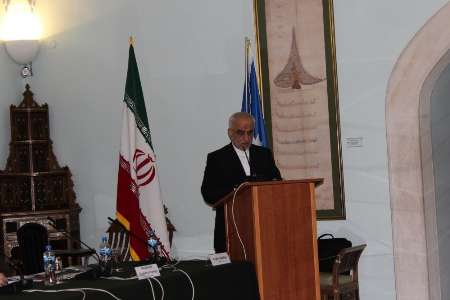 Envoy: Some powers assume themselves as int’l system’s lawmakers

Belgrade, Dec 11, IRNA – Unfortunately some world powers relying on wealth, military and media power have assumed that they are the owners and lawmakers of the international system, Iranian ambassador to Bosnia and Herzegovina said Wednesday.

“Some major world powers all by themselves decide about the mechanisms of the ruling international system without consultations with 200 other countries, which is contrary to with the international laws,” said Seyyed Hossein Rajabi in Sarajevo’s Bosniak Reserch Center.

Focusing on Iran’s proposal at the UN on World Against Violence and Extremism (WAVE), he said that the world is today more than ever before in need of such an initiative.

“Yet, since the international system is mismanaged and the others’ rights are ignored by some world powers on the one hand, and those powers’ selfishness and extravagance in ruining the natural resources and God-given blessings such an important initiative has thus far remain ignored,” he said.

The Iranian envoy said that if WAVE will truly be implemented it will be a prelude to the international peace and ridding the mankind of the menaces of war, terrorism, and extremism.