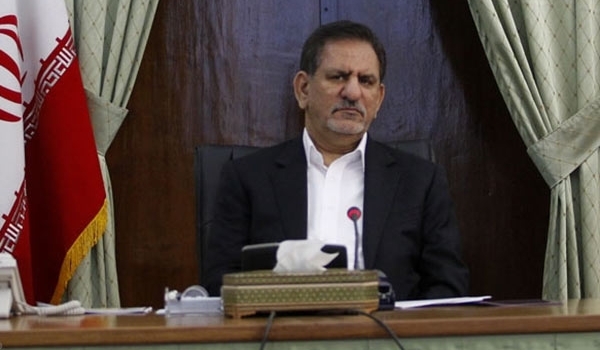 Hamadan, Dec 9, IRNA – First Vice-President Es-haq Jahangiri said fall in oil price is a serious political plot, which is not acceptable for us.

He made the remarks in a meeting of Hamadan Administrative Council here on Tuesday afternoon.

He added because of cruel imposed sanctions, we export one million barrels per day, while the price has dropped from 100 dollars a barrel to less than 70 dollars.

He said if the price slides to under 40 dollars, we intend to run the country with resistance economy policy.

‘We made the world recognize that Iran is a civilized country, which is interested in dialogue and interaction with the others and nobody can talk with us with the language of force,’ said the Vice President.

The VP continued Iran intends to remove cruel sanctions and is seeking a good agreement, which secures nuclear rights for Iran.