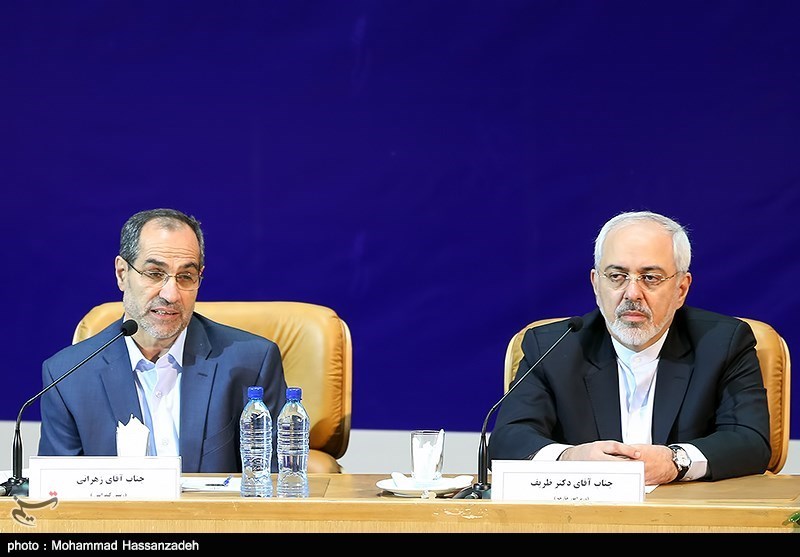 Iran rejects possibility for cooperation with West against ISIL

TEHRAN (FNA)- Iranian Foreign Minister Mohammad Javad Zarif underscored that Iran, as the flag-bearer of campaign against terrorism and extremism in the region, will not cooperate with the US-led coalition against ISIL before Washington and its allies build Tehran’s confidence.

“The westerners should build Iran’s confidence. We are in this region and playing a pioneering role in the establishment of stability and tranquility in the region, Syria and Iraq and we have never felt hesitant in the fight against extremism,” Zarif said, addressing the closing ceremony of the first international conference on ‘World Against Violence and Extremism (WAVE)’ in Tehran on Wednesday.

Stressing Iran’s indispensable partnership in finding solutions to the regional problems, he said, “Now is the time for the West to build Iran’s confidence.”

In relevant remarks in November, Deputy Chief of Staff of the Iranian Armed Forces Brigadier General Massoud Jazayeri questioned the drive of the US-led anti-ISIL coalition, saying that Washington is still providing the terrorist group with different supports and aids.

Brigadier General Jazayeri made the remarks referring to US recent support for the terrorist group after it was encircled by Iraqi people and army following moving into the Iraqi Northeastern city of Jalula in Diyala Province, some 80 km Northeast of the capital Baghdad.

“In a criminal move, US and the so-called coalition forces have sent fresh arms for the surrounded terrorists of ISIL in Jalula,” said the brigadier general noting this was not the first time that US has armed the ISIL terrorists.

Jazayeri went on to say that even in the first days of formation of the so-called coalition, US had sent weapons for the ISIL terrorists.

During the past couple of days, he said, two large cargos consisting of weapons, ammunitions, food stuff and medicines were airdropped by US for the ISIL terrorists in Jalula.

Also earlier this month, Iran rejected military cooperation with the so-called anti-ISIL coalition, and said Tehran’s role in assisting the Iraqi government in this regard is merely consultative.

“No change has happened in the Islamic Republic of Iran’s policy of campaign against Takfiri groups, assisting the Iraqi government and presenting consultations on the fight against terrorist and Takfiri groups, and the news about Iran’s cooperation with the military groups of other countries in the war on ISIL is not true,” Foreign Ministry Spokeswoman Marziyeh Afkham told reporters in Tehran last Wednesday.

“We deny the news reports on military cooperation,” she reiterated.

Afkham underlined that Iran would continue its military consultations with Iraq and no change had been made in the country’s policies in this regard.