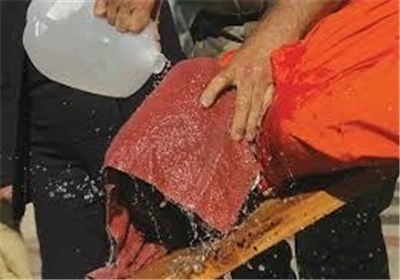 Bring those involved in CIA torture to justice: UN

The United Nations and human rights groups  have called for prosecution of those involved in torture committed by the CIA as shows a Senate report about “brutal” torture techniques conducted by the spy agency.

Ben Emmerson, the UN special rapporteur on human rights and counter-terrorism, said the report “confirms what the international community has long believed — that there was a clear policy orchestrated at a high level within the (George W.) Bush administration, which allowed to commit systematic crimes and gross violations of international human rights law.”

The US Justice Department has rejected pursuing charges against anyone involved in the CIA’s torture program.

“It is now time to take action. The individuals responsible for the criminal conspiracy revealed in today’s report must be brought to justice, and must face criminal penalties commensurate with the gravity of their crimes.”

The report shows that the CIA has been acting unlawfully “from day one,” said rights group Amnesty International in reaction to the drastically redacted summary of the 6,000-page report.

The torture program “gave the green light to commit the crimes under international law of torture and enforced disappearance — with impunity. It’s time for accountability, including a full investigation, prosecutions and remedy for victims,” said the executive director of Amnesty’s US branch Steven Hawkins.

“Unless this important truth-telling process leads to prosecution of the officials responsible, torture will remain a ‘policy option’ for future presidents,” Roth further said.

The landmark Senate report on the CIA’s interrogation techniques, released earlier in the day, falls into four main categories consisting of ineffective use of torture, misleading the US government about how the methods were conducted, flawed management, and extensive use of torture far more brutal than the Central Intelligence Agency had allowed anyone to know.

Before the release of the report, the US increased security measures at its embassies, military units and other interests around the world.