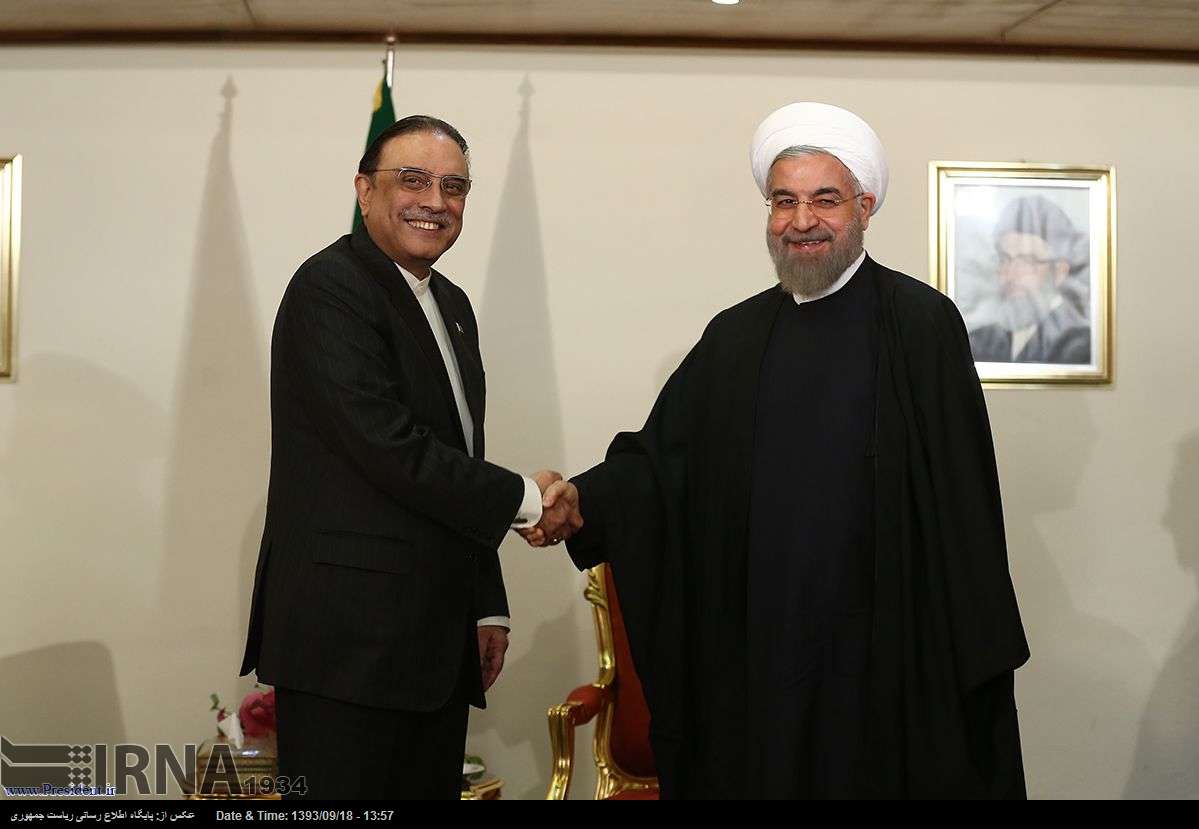 TEHRAN, Dec. 09 (MNA) – During the meeting with former Pakistani president, President Rouhani has said that exchanging ideas and mutual cooperation between Iran and Pakistan would help resolve regional issues.

On the sidelines of the international conference on the World against Violence and Extremism (WAVE) on Tuesday, President Rouhani met with the former Pakistani President Asif Ali Zardari and said, “Pakistan has always been targeted by the terrorist groups and undergone severe damages, therefore it is necessary for this country to play a more active and serious role in combating the causes of formation of terrorism and extremism.”

Asif Ali Zardari, for his part, stressed the good relations between the two countries, and described Tehran-Islamabad cooperation beneficial to the peace, security and stability of the region.

He referred to his country’s important steps toward a real democracy in the past years, and hailed President Rouhani’s speech on the world against violence and extremism, noting that the world today is in great need to have discussions on this issue.