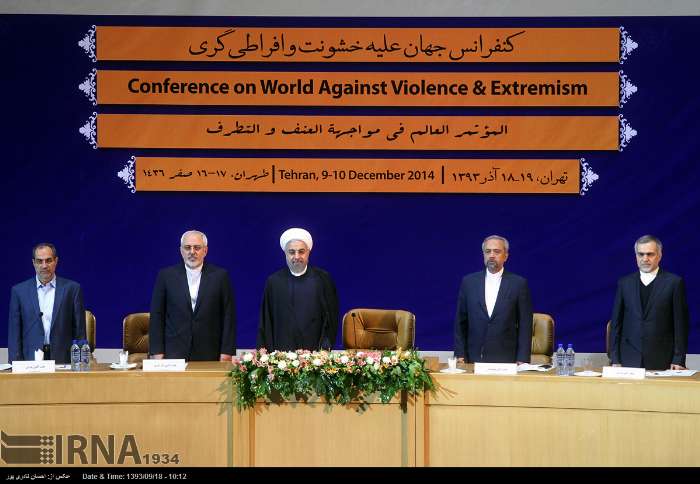 Iran daily: Tehran’s conference for “World Against Violence and Extremism”

Pursuing an initiative promised by President Rouhani at the United Nations in September 2013, Iran is hosting the first conference of the “World Against Extremism and Violence”.

Rouhani greeted participants from more than 40 countries with a call for the UN to play a more active role in the campaign against terrorism.

Encouraging regional and international cooperation “to build a world free of violence”, the President said “states that support Takfiri terrorist groups” — a label covering the Islamic State, insurgents in southeastern Iran, and Syrian opposition fighters, among others — should renounce violence and terror.