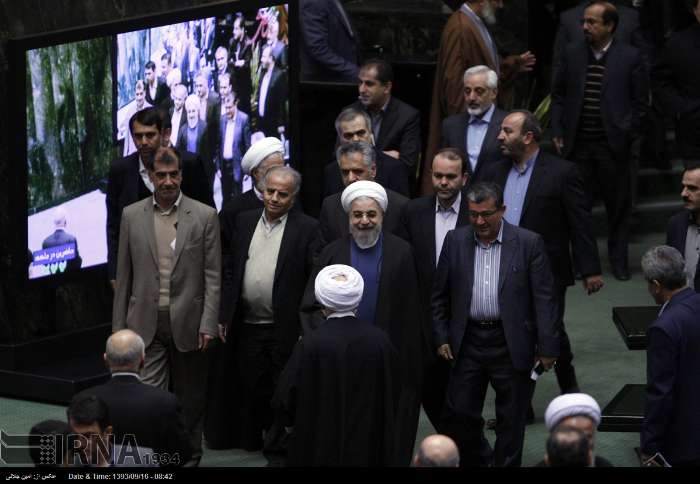 Rouhani: Inflation to drop below 20% by end of year

Tehran, Dec 7, IRNA – President Hassan Rouhani said that inflation rate will drop to below 20 percent by the end of the current Iranian calendar year (March 20, 2015).

He made the remarks here Sunday morning while addressing the Iranian parliament on his proposed budget bill for the next Iranian year (1394).

He said he anticipated the inflation rate to come down under 20 percent in a few months.

Pointing to the numerous economic problems his government had to tackle since he came to power in 2011, he said many of the obstacles have been removed, thanks to the wise initiatives.

He praised the positive approach of the Iranian people towards the country’s policies and strategies and said the public opinion should not be neglected at any account.