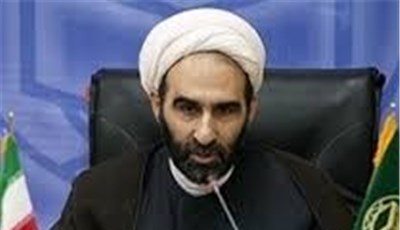 TEHRAN (Tasnim) – A senior Iranian cleric called for Muslim scholars’ further effort to help eradicate Takfirism (extremism) in the region, and stressed the necessity to formulate a document against the inauspicious phenomenon.

Addressing an international conference on fight against terrorism and extremism in the Egyptian capital of Cairo, Ahmad Moballeghi, the chancellor of Iran’s Islamic Madhahib University, said the anti-Takfirism document should have three characteristics.

“It should be trans-ethnic and trans-religious and come from faith…,”  Moballeghi underlined.

The conference organized by Al-Azhar University was held from December 2 to 3 and representatives from Shiite and Sunni Muslims as well as Sabians took part in the gathering.

The Iranian cleric also emphasized that Takfirism is based on murder and the killing of people, and said, “They (Takfiris) label Muslims as unbelievers and then kill them.”

“Today, the issue (of Takfirism) has crossed borders and become a transnational problem for the regional countries,” he added.

He also suggested that Al-Azhar University take proper measures to create a document agreed by all Islamic leaders to fight Takfirism.

The conference in Cairo came a few weeks after hundreds of Muslim scholars from various sects, including Shiites and Sunnis, and from 83 countries gathered in Iran’s holy city of Qom on November 23 to take part in an international conference on dangers of Takfirism.

The conference was aimed at countering threats posed by Takfiri groups and boosting for peace, friendship, brotherhood and interaction among different Islamic sects.