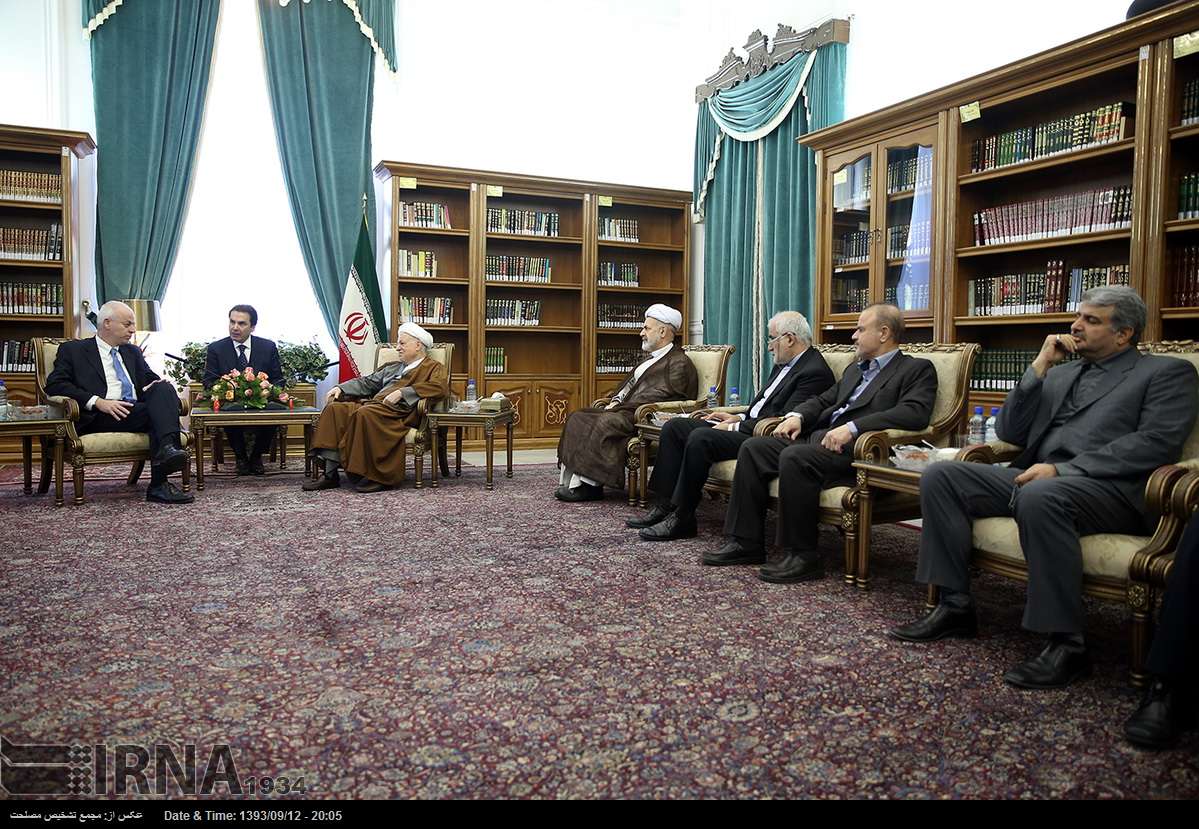 Rafsanjani underlines Iran’s enthusiasm for expansion of ties with Italy

The ground for the expansion of relations and cooperation between Tehran and Rome is well prepared and the country could enter to business deals with Iran independently, Rafsanjani said during the meeting in Tehran on Wednesday.

The Italian deputy foreign minister, for his part, highlighted Iran’s position in the region and the world, and said ground for resolving issues and broadening of cooperation is prepared.

The world has reached the conclusion that it is not possible to resolve regional conflicts without Iran’s involvement, he said.

The Italian government and nation are eager to broaden political, cultural and economic relations and cooperation with the Islamic Republic of Iran, Pistelli said.

In early May, Iranian and Italian parliamentarians stressed the necessity for utilizing each and every capacity and potential of their countries to pave the ground for deepening and widening Tehran-Rome relations in all domains.

In a meeting between Co-Chairman of Iran-Italy parliamentary friendship group Javad Heravi and Ettore Rosato, head of the Democratic Party at Italy’s Chamber of Deputies in Tehran, the two side vow to do their best to enhance bilateral ties, specially in parliamentary field.