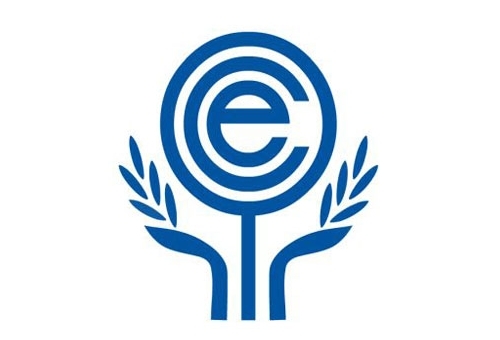 Tehran, Dec 4, IRNA – Trade among the member-states of Economic Cooperation Organization (ECO) equals 7 percent of their whole foreign trade, which could be raised to 20 percent in a short period, said secretary-general of ECO’s Chamber of Commerce and Industry.

Mohammad Reza Karbasi made the above statement in an exclusive interview with Thursday’s edition of ‘Iran Daily’, adding that the current level of economic transactions among ECO members is not satisfactory and called for prompt implementation of agreements for easing commercial cooperation among their private sectors.

Karbasi said easing the issuance of commercial visa and expediting the implementation of Economic Cooperation Organization’s Trade Agreement (ECOTA) could prepare the ground for the membership of Iran and other ECO member-states in WTO. Excerpts follow:

KARBASI: Iran’s share in ECO’s $890 billion trade is $60 billion. The country accounts for 23 percent of trade volume among member-states.

Iran ranks second after Turkey that has a great influence among ECO countries, particularly Central Asian states. It has acted better than any other ECO country in the economic field.

How do you evaluate economic cooperation among ECO member-states?

The level of ECO’s regional transactions is not satisfactory, in spite of efforts made by high-ranking officials of the member-states. In fact, enforcing laws and bylaws for easing the trend of financial activities and coordinating the presence of private sector shows a slowing trend.

Trade among ECO member-states is 7 percent, while their transactions with other states account for 93 percent.

Based on its roadmap, ECO is expected to increase trade among member-states to 20 percent in 2015.

We are nearing 2015. Why has ECO not materialized the abovementioned goal?

The private sector doubled its efforts to reach the roadmap target, but it did not materialize due to the failure in easing cooperation among their private sectors.

For example, the government should have taken steps for easing interactions among private sectors, but it didn’t.

The other issue is ECOTA, which was approved by five nations. Its framework and guidelines have been compiled. Even the trading commodities have been specified.

With the implementation of ECOTA, ECO member-states could trade 80 percent of their products with low tariffs.

What’s the reason behind the slowdown in implementing the agreement?

The Islamic Republic of Iran has ratified ECOTA in the cabinet and Majlis. It has even been notified to the Ministry of Trade, but has stopped there.

What are the positive consequences of implementing the agreement for ECO member-states?

If we can implement these agreements in the 10-nation regional bloc, the procedure of our accession to WTO will become easy and the laws will be changed to laws required for joining WTO.

Then, our country, in case of joining to World Trade Organization, will have the readiness to open its doors to foreign commodities.

Do you see the determination in the current Iranian government for implementing these regulations?

I believe that the current government is determined to help develop Iran’s cooperation in the region and ECO.

On the other hand, the transportation and transit routes of ECO pass through Iran. Today, Iran’s production potential is high for exporting commodities to other ECO members.

With agreements, which will be reached during nuclear negotiations with P5+1 nations, we hope that Iran’s private sector could tap the real potentials of ECO for penetrating various markets.

Iranian producers and business entrepreneurs used to face numerous problems in the past, but have taken steps on the path to growth.