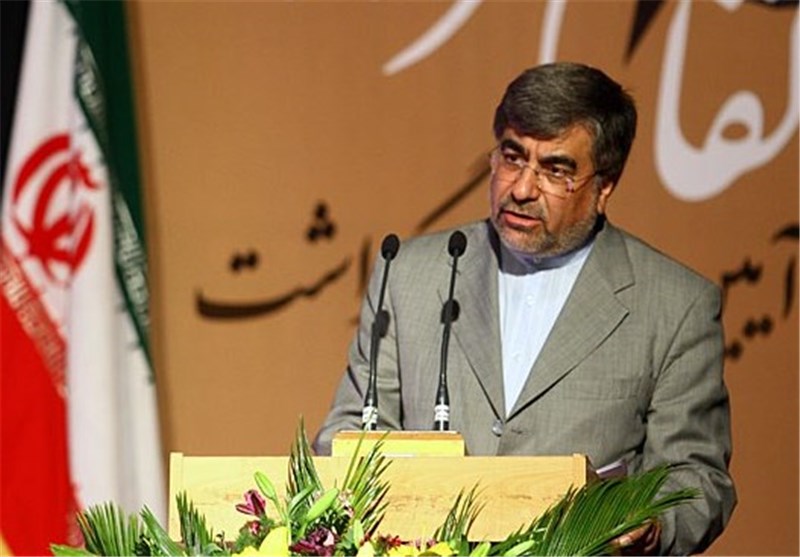 Tehran, Dec 3, IRNA – Minister of Culture and Islamic Guidance Ali Jannati urged the Islamic world media to provide a real portray of Islam to the world through convergence.

Speaking exclusively to IRNA, the minister said the Islamic Conference of Information Ministers (ICIM) is a valuable opportunity for convergence of media in the Islamic states.

The 10th ministerial meeting of the ICIM will begin in Tehran on December 3 with the motto of ‘Media Convergence for Establishment of Peace and Calm in Islamic World.’

Regretting the expansion of waves of violence and extremism that are spreading throughout the Middle East and Africa, he expressed hope that the ICIM meeting would help further consolidate unity among Islamic states and adopt unified positions vis-à-vis extremism and violence.

‘Media of the Islamic states enjoy great potentials for introducing a real image of Islam and awakening of the nations,’ Jannati stressed.

He regretted that the true image of Islam has been damaged due to the performance of Takfiri and extremist groups.

Referring to the efforts made by ‘media Empire of the West’ to influence world public opinion in the Islamic world, Jannati said it is necessary that Muslim nations boost their media capabilities to take major steps in producing more attractive programs.

Jannati called on media of the Islamic world ‘to increase their capacities through enhancing their technical and professional capabilities.’

The 10th ICIM meeting will start its work within hours with an address by first Vice-President Eshaq Jahangiri.

The event is attended by a large number of delegates from Islamic countries.

The ICIM expert meeting was held on Monday and Tuesday.

The conference is aimed at consolidating unity and presenting a true image of Islam and Muslim states.