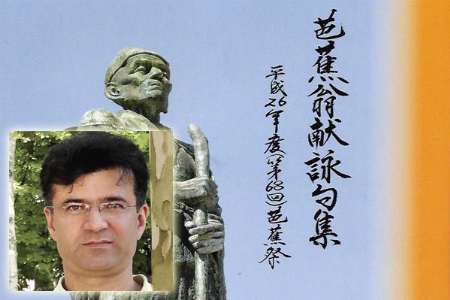 Tehran, Nov 30, IRNA –Iranian poet Mohsen Farsani bagged the grand prize of Matsuo Basho for his haiku based on peace.

The work was chosen as the best 2014 haiku selected from 1261 pieces submitted from different countries.

The highest number of works was received from Japan, the United States and Romania with 524, 132 and 80 haikus respectively.

Following the first phase of judging, Mohsen Farsani’s haiku and 22 other works were shortlisted.

The poet’s piece was chosen as the best work for its beautiful form and context; it holds the message of peace and friendship for all.

Basho Mémorial Museum has released a book on the contest as well.

The selected haiku will be showcased at Basho Museum in Japan.