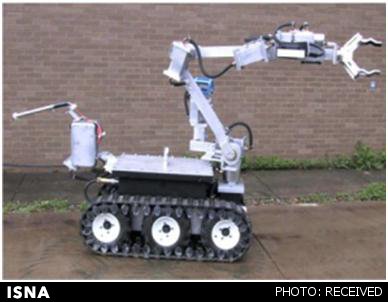 “The rescue robot has been designed to help injured troops in war zones and provide first aid to them, said Hadi Zare, one of the researchers of the team.

He added the robot is armed with sensor, camera and microphone facilitating connection with the injured from commanding headquarters.

He said the minesweeping robot removes and detects mines and easily passes through obstacles on its way if it is any.

The military robot is similar to a tank and weapons can be installed on which. It can also pass through obstacles. The robot can identify any moving individual through image processing.

It can communicate with the individual through a microphone and shoot if it receives no response.