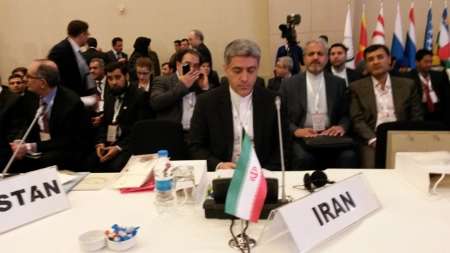 He made the remarks in the 30th Standing Committee for Economic and Commercial Cooperation of the Organization of Islamic Cooperation (COMCEC) in Istanbul, Turkey.

World economy is now improving and it seems that in the years 2014 and 2015 the pace of such progress to be accelerated much more but still unemployment rate is on the agenda including OIC member states, he said.

All should endeavor to increase their share in tourism marketplace, he said.

He expressed the hope that COMCEC would help expand financial, commercial and economic cooperation between Islamic countries.

Ministers and economic experts from 57 economic countries have taken part in COMCEC.

COMCEC was established in 1984 with the aim of broadening and coordinating economic cooperation among tyhe OIC member states.